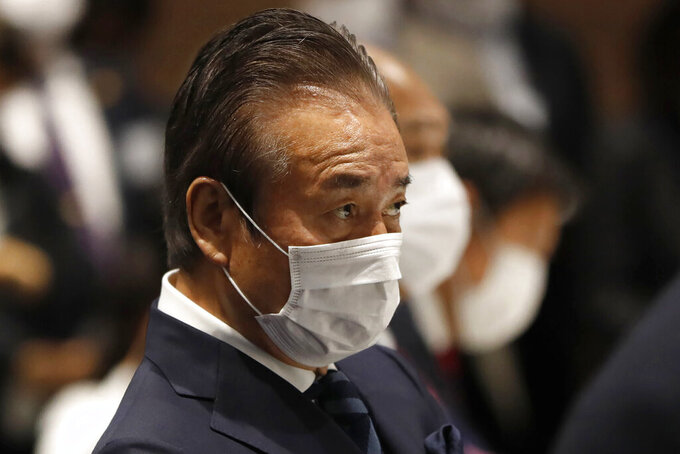 FILE - Haruyuki Takahashi, executive board member of the Tokyo Organizing Committee of the Olympic and Paralympic Games attends the Tokyo 2020 Executive Board Meeting in Tokyo on March 30, 2020. Criminal allegations against a former Tokyo Olympic organizing committee board member widened Tuesday, Sept. 6, 2022, as Japanese prosecutors “re-arrested” Takahashi in suspected payments from a publisher that became a sponsor for the Games. (Issei Kato/Pool Photo via AP, File)

TOKYO (AP) — Bribery allegations against a former Tokyo Olympics organizing committee member widened Tuesday as Japanese prosecutors “re-arrested” Haruyuki Takahashi in a case involving suspected payments from a publisher which became a sponsor for the Games.

The latest allegations center on 76 million yen ($540,000) Takahashi received from Tokyo-based publishing company Kadokawa, according to Tokyo District prosecutors. The sponsorship allowed Kadokawa, which also makes films and games, to publish programs and other books related to the Tokyo Olympics.

Takahashi has been in detention since being arrested last month on suspicion of receiving bribes from clothing manufacturer Aoki Holdings. He was formally charged Tuesday with receiving 51 million yen ($360,000) in bribes from Aoki.

Three Aoki officials were also charged with paying bribes. The money was deposited into a bank account of Takahashi’s company from October 2017 to March this year, in Aoki’s bid to become an Olympic sponsor and make licensed products, prosecutors said.

Aoki, which produces “recruit suits” that high school graduates wear for job interviews, was a surprise pick to dress the Japanese Olympic team when other nations had top fashion brands designing uniforms.

Kazumasa Fukami, the head of a consulting firm, was arrested on suspicion of having helped Takahashi receive the bribes.

He has not been available for comment, but some Japanese media reports quoted Takahashi as asserting his innocence and saying the payments were for consulting services.

Tsuguhiko Kadokawa, Kadokawa’s chairman, who is not directly implicated in the allegations, denied his company gave any bribes, Japanese media reported.

On Monday, Tokyo prosecutors raided the offices of Daiko Advertising in Osaka and Tokyo as part of the investigation into Olympic corruption. There have been no arrests in the Daiko case.

The scandal is likely a setback to Japan’s ambitions in pursuing the 2030 Winter Olympics for Sapporo. Seiko Hashimoto, a lawmaker and Olympian who was in charge of the Tokyo Olympics, has promised to cooperate with the investigation.

Tokyo hosted the delayed Olympics and Paralympics with much fanfare, as well as criticism over ballooning costs, in summer 2021. The Games were postponed by a year and held with no public ticket sales because of the COVID-19 pandemic.