WHAT TO WATCH: US-Canada showdown, Shiffrin in combined 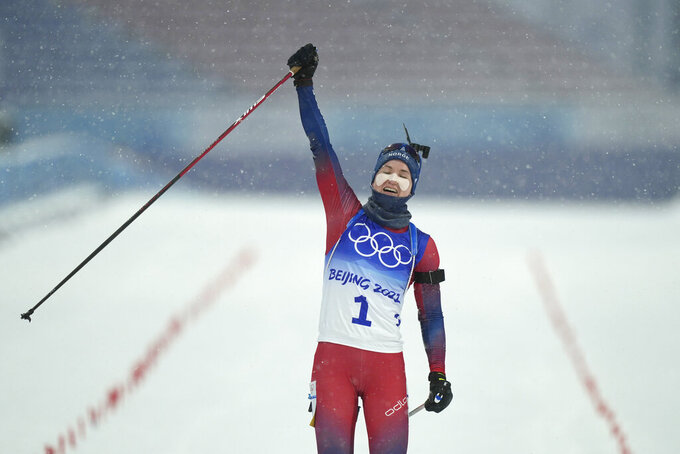 BEIJING (AP) — This was one Olympic final you could plan ahead for.

For the sixth time in seven Winter Games, the United States and Canada will play for the gold medal in women's hockey. The matchup that has felt like almost a foregone conclusion throughout the Beijing Olympics will take place at 11:10 p.m. EST on Wednesday night, with NBC providing live coverage.

It will be one of the most anticipated events of these Games in North America.

Also on NBC on Wednesday night, Mikaela Shiffrin competes in the Alpine combined.

Canada has won four Olympic gold medals in women's hockey, and the U.S. won the other two. Canada has 11 golds at the world championships, and the U.S. has nine. Nobody else has any.

When the teams met in the preliminary round of this tournament, Canada won 4-2, although the U.S. had a 53-27 advantage in shots.

There are also two quarterfinals in men's hockey set for Wednesday: USA Network will show some of Finland vs. Switzerland live at 5:05 a.m. — and Sweden vs. Canada live at 8:30 a.m.

Finland and Switzerland play for the bronze medal in women's hockey. USA Network will have coverage of that between 11 a.m. and 8:30 p.m.

Still without a medal at these Olympics, Shiffrin has confirmed her plans to enter the maximum six Alpine events possible. That means the combined and the team event are still to come for her.

She hasn't finished higher than ninth in her first four races.

The combined includes one downhill run and one slalom run. The downhill portion will be on NBC live in prime time, and the slalom will be live on USA Network.

Marte Olsbu Roeiseland has three gold medals and a bronze so far at the Beijing Games. She's expected to compete again for Norway in the women's biathlon relay.

That event will be shown in the afternoon on NBC.

Suzanne Schulting of the Netherlands tries for her third gold medal when she competes in the women's 1,500-meter short track speedskating event. That will be live on USA Network in the morning, with an encore presentation on NBC in prime time.

The American men's curling team plays its final preliminary round match against Denmark, live on CNBC at 8 p.m. The U.S., which won gold four years ago, fell to 4-4 when it lost to Italy 10-4.

“If some games go the right way, all we can do is to win our last game and see what happens," skip John Shuster said.

Eileen Gu of China, one of the stars of these Olympics, competes in qualifying for the freestyle halfpipe. NBC will show that event live in prime time, and USA Network plans live coverage of it too. ... USA Network will show the team sprint finals of both men's and women's cross-country skiing live early in the morning. NBC will air it in the afternoon. ... USA Network will have live coverage of the men's 5,000 short track relay in the morning, with NBC showing it in prime time. ... The men's aerials final will be on NBC in prime time.