AP PHOTOS: Images from the first half of Paralympics 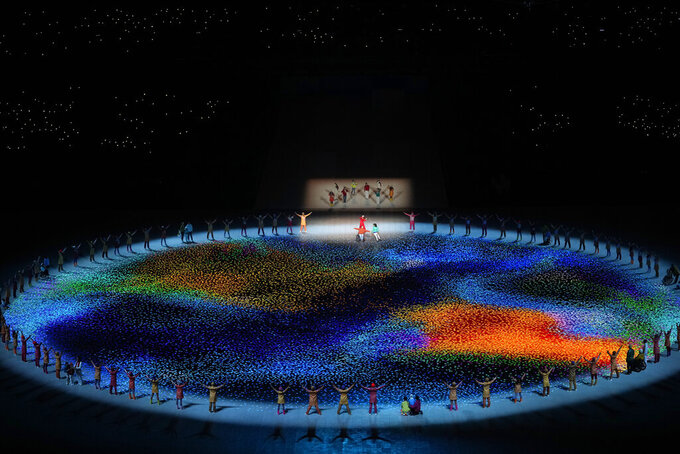 BEIJING (AP) — The Winter Paralympics in Beijing have reached the midway point with almost 600 athletes from 46 delegations competing. Sunday's closing ceremony will end a long run of sports in the Chinese capital. The Winter Olympics began Feb. 4 and closed Feb. 20.

It will not be the end for many volunteers who will have to remain in isolation in hotel rooms for several weeks after the Paralympics close under China's strict COVID-19 rules.

The Paralympics are being held without athletes from Russia or Belarus, who were banned by the International Paralympic Committee for their countries’ involvement in the war in Ukraine.

Ukraine, which has one of the smaller delegations, has been near the top of the medal table since the Paralympics opened. Ukrainian athletes have received wide-ranging support from around the world.

Many participants had sided with Ukraine before the Paralympics opened and said they would not compete against Russian or Belarusian athletes, a key element in the IPC's decision to exclude the two countries.