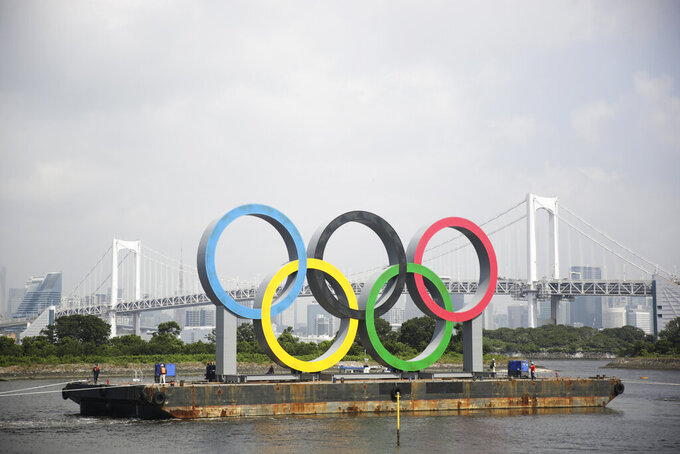 TOKYO (AP) — A majority of Japanese companies among almost 13,000 surveyed oppose holding the Tokyo Olympics and Paralympics next year, according to an online study published Thursday.

The survey by a Japanese research company, published by the Kyodo news agency, showed 27.8% want the games to be canceled, and 25.8% said they should be postponed again. The Olympics were originally planned for this year but were been postponed because of the coronavirus pandemic.

Japanese organizers and the International Olympic Committee have said if the Olympics can't be held next year, they will be canceled.

The survey was conducted by Tokyo Shoko Research and covered 12,857 companies, Kyodo said.

Japan is heavily invested in the Olympics and is spending officially $12.6 billion, though a government audit says the number is twice that large.

Japan and Tokyo have suffered moderately from the pandemic, but new cases have been rising steadily in the last several weeks, particularly in urban areas.

Japan has reported about 1,100 deaths attributed to COVID-19.

The Japanese economy has also been hit hard by the pandemic. The government reported this week that exports plunged 19.2% in July from a year earlier.