Wild's Guerin promoted to take over as US men's Olympic GM 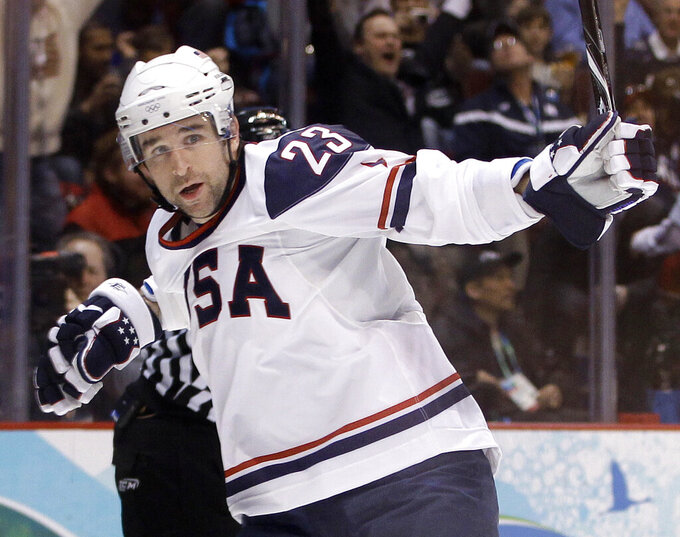 “Unfortunately, things turned out the way they did and we’re here today,” Guerin said during a USA Hockey Zoom conference call.

“But you know, we have a job to do and we have to remain focused and steadfast on that,” he said. “It’s been a bumpy road getting here, but we’re here and we have to focus on the task at hand.”

Initially named the U.S. team’s assistant GM, Guerin replaces Bowman, who resigned in October after an investigation determined Blackhawks’ officials mishandled a player's allegations against an assistant coach during the team’s Stanley Cup run in 2010. Bowman was the Blackhawks GM.

Guerin’s promotion comes less than two months before the Beijing Winter Games open in February. He New York Rangers GM Chris Drury, the team’s assistant general manager, have only about a month to select a team and perhaps a backup team, given the uncertainty as to whether NHL players opt out from participation due to COVID-19 protocols.

Guerin is placing his emphasis on NHL participation.

“There are a lot of moving parts that still have to be discussed and hopefully answers so that everybody can feel the best about sending the best players to the Olympics from the NHL,” he said.

USA Hockey executive John Vanbiesbrouck said Plan B — minus NHL participation — would involve drawing upon a pool of players currently competing in the minor leagues, colleges and Europe. That’s similar to what USA Hockey did in 2018, when the NHL opted out from participating in the South Korea Games.

However, Vanbiesbrouck added, “We are focused, as Bill said, on Plan A. And hopefully we get there.”

Guerin’s promotion was delayed because of his potential ties to a lawsuit involving his former team, the Pittsburgh Penguins. T he Penguins recently settled a lawsuit alleging a former minor-league coach molested the wife of one of his assistants in 2018.

Guerin was one of the Penguins assistant GMs at the time and responsible for overseeing the Wilkes-Barre/Scranton team. The lawsuit alleged Guerin asked the assistant to keep the reason for Donatelli’s termination quiet, and that the team punished the assistant for reporting the assault and later terminated his position under the guise of pandemic-related staff cuts.

Guerin denies his role in the allegations.

Looking ahead, Guerin said he is working off a 55-player list of NHL players, and declined to rule out the possibility of selecting Jack Eichel, who is recovering from artificial disk replacement surgery.

“I won’t rule out anybody,” Guerin said, without revealing the conversations he’s had with Eichel’s agent.

Sidelined since March, the former Buffalo Sabres captain had surgery last month after being traded to the Vegas Golden Knights. Eichel's timeline for recovery was placed at three months.

Guerin is from Worcester, Massachusetts, and was a three-time Olympian. Drury is from Trumbull, Connecticut, and was teammates with Guerin while the two competed at the Winter Games in 2002 and 2006.