Home » Brazil » Another Rio Olympic venue struggling to find a use 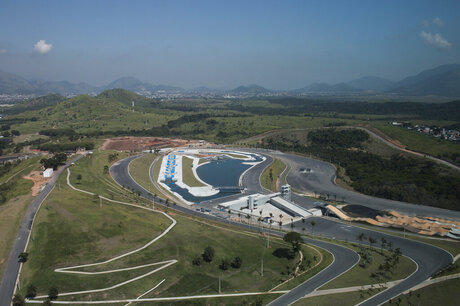 RIO DE JANEIRO (AP) — Almost five months after the Rio de Janeiro Olympics ended, another venue is struggling to find a use.

Rio de Janeiro's city hall said Tuesday that the Deodoro Olympic Park, which was to be used as a park and recreation area after the games, has been closed.

Deodoro was the second-largest venue cluster during the Olympics and is located in Rio's impoverished north, far from the famous Copacabana and Ipanema beaches. It held events that included equestrian, rugby and field hockey.

"Measures are being taken to ensure that the space is reopened as soon as possible," the city said in a statement to The Associated Press. It did not say when that might happen. It said a contract had been terminated at the end of the year with a company operating the park.

Rio's new Mayor Marcelo Crivella took over on Jan. 1, replacing Eduardo Paes who served his two-term limit and was credited as the driving force behind the games by the International Olympic Committee.

The park's main attraction is a public swimming area, which is now unavailable - at a time when temperatures in the South American summer in Rio soar daily to 35C (95F).

In another setback, Rio de Janeiro last month handed over responsibility to the federal government for sports venues in the main Olympic Park after a bid to auction them failed.

Officials said only one bidder participated, and failed to provide required assurances for a 25-year concession.

Brazil's Sports Minister Leonardo Picciani said at the time that the federal government would operate the two arenas, the velodrome, and the tennis stadium.

A $20-million golf course built for the Olympics is also struggling to find players and funds to take care of upkeep.

The state of Rio de Janeiro has declared a "financial calamity" and is several months behind in paying teachers and public employees. The country itself is in the deepest recession in decades, with unemployment at 12 percent.

This stands in stark relief to the $10-12 billion Brazil spent to organize the Olympics. It spent a similar amount organizing the 2014 World Cup.

Stephen Wade on Twitter: http://twitter.com/StephenWade . His work can be found at http://bigstory.ap.org/content/stephen-wade