Home » Russia » Anti-doping leader has no sympathy for unhelpful Russians 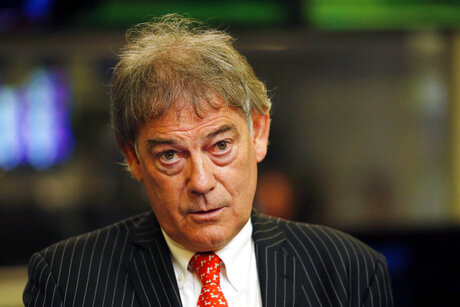 If the Russian track team is barred from the Olympics, the man who leads the World Anti-Doping Agency's day-to-day operation won't have much sympathy for athletes who miss their chance to compete.

Russians have made numerous pleas to the sports authorities in charge of the decisions, which will come down over the next week. In a letter sent to the International Olympic Committee this week, the Russian Olympic Committee's athletes' commission asked officials to take a "humanitarian attitude" and not punish all the country's athletes for what they say are the misdeeds of a minority.

But in an interview with The Associated Press, WADA director general David Howman questioned that logic, and asked where all the supposedly clean Russians were when an independent commission was seeking information for its investigation into Russia's problems.

"The commission worked for pretty close to nine months; none of these people came forward and offered information," Howman said. "It was the very right time for those who considered themselves clean to say: 'This is the way we do things. You've got to respect that we're not the ones who are breaking the rules.' They had nine months, plenty of time, and none came forward."

In its report, the independent commission wrote that 90 percent of Russian athletes it approached either failed to respond or "emphatically" refused to be interviewed.

On Friday, track's governing body, the IAAF, will determine whether to restore the track team's eligibility for Rio. Next Tuesday, the International Olympic Committee will meet to develop an approach on determining eligibility for the Olympics, including whether some Russian track athletes — if their team is banned — can compete without representing a country.

Both bodies are expected to have available some findings from another independent panel that was charged with looking into allegations of a state-sponsored system that allowed lab workers to tamper with urine samples at the Sochi Olympics. Among the allegations is that workers in the Olympic lab replaced dirty Russian urine samples with clean ones.

Howman said that panel, led by Richard McLaren, was given authority to look into every sport in Russia, and there are many who believe a Russian penalty shouldn't only apply to the track team.

"The wrong thing is letting any of the Russians compete at this point," said Max Cobb, the president of U.S. Biathlon, and one of the most outspoken critics of Russia and WADA's attempts at cleaning up the doping scourge. "To let them compete is to accept government-organized, unbelievable subversion of the entire (anti-doping) system."

Sarah Konrad, the chair of the U.S. Olympic Committee's athletes' advisory commission, said she once felt that athletes who were clean or had served their sanctions should be allowed to compete in the Olympics. After watching allegations stack up, she has changed her mind.

"I feel conflicted saying that, but how do you stop this and prevent it in the future if you don't have a big ban like that?" she said.

Another revelation Wednesday was WADA's release of a report detailing continued corruption in Russia's testing program, even after British anti-doping authorities took it over. The report said testers were routinely intimidated by Russia's FSB security service and that packages containing samples have been tampered with by Russian customs officials. It said athletes have provided false information about their whereabouts and evaded drug testers at competitions.

Set against this are the pleas for leniency.

"To pursue those who cheat effectively may mean taking difficult decisions between collective responsibility and individual justice," the letter said.

Howman is stepping down July 1 and is leaving WADA at a time when its role and effectiveness as the world's top doping watchdog has been severely questioned.

The decisions over the next week could set the tone for the anti-doping fight for years to come. And while it's the IAAF and IOC that are making the calls, many will look at WADA as having succeeded or failed depending on the verdicts.

Howman wouldn't offer a guess at how those decisions might go.

"But if they make the decisions based on sound evidence and sound information they've gathered, they're much more difficult to criticize," he said.