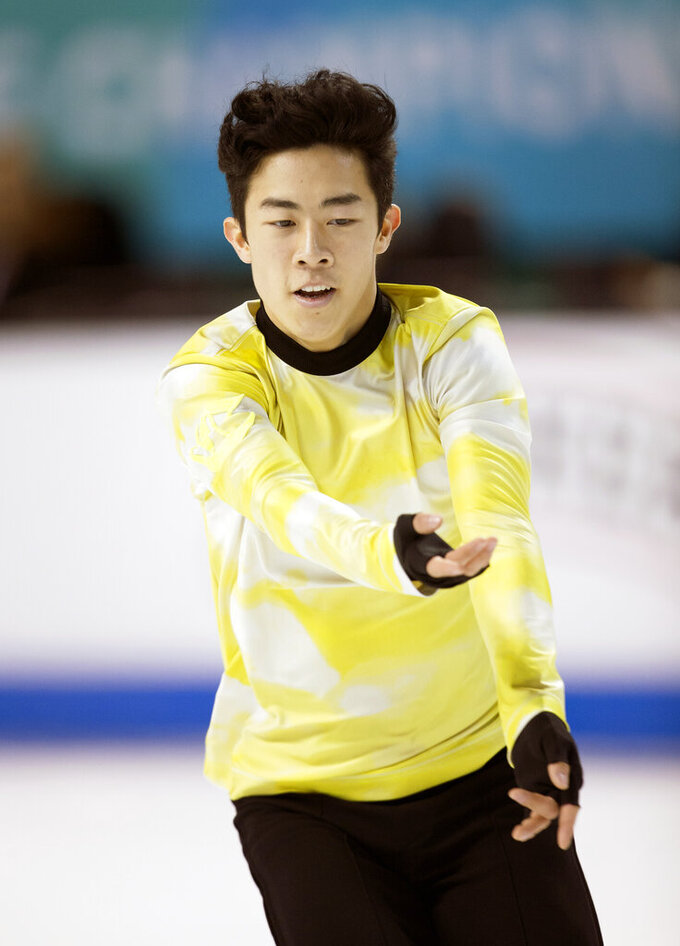 The 2020 World Figure Skating Championships could be held in the fall — right before the next season gets started.

The International Skating Union, which called off next week's worlds in Montreal on Wednesday as a safeguard against the spread of the new coronavirus, is considering staging them no sooner than October. The Grand Prix events for next season begin in late October.

Some 200 skaters from 50 countries had qualified for worlds. One of them, two-time world winner and four-time U.S. champ Nathan Chen, recognizes the challenge that competing in a rescheduled world championships would present.

“An (autumn) worlds would not be ideal,” Chen said. “We would all be ready for it and do the best we can, but it will be a very strange situation.

“I think we would take summer pretty normal because we wouldn’t want to burn ourselves out early in the season. Worlds would almost be a progression step into the next season.”

Perhaps. But placing the major international skating event basically in preseason could mess with training, coaching and development of programs. It also could make the six-event Grand Prix series, followed by its championship, anticlimactic.

Plus, the 2021 world championships, set for Stockholm, are the most significant such competition because they establish the number of competitor slots at the 2022 Beijing Olympics for each nation. “It's completely abnormal for this to have happened and it would be an unusual situation for that to happen,” Chen added about a worlds in October. “None of us have been in this position before.”

In calling off the event, the ISU said in a statement:

“The ISU regrets that the most important figure skating event of the season cannot be held as planned but the ISU also understands that the safety and well-being of all participants and the community take precedence and is sure that ISU members, skaters and fans will understand this decision.”

For most people, the new coronavirus causes only mild or moderate symptoms, such as fever and cough. For some, especially older adults and people with existing health problems, it can cause more severe illness, including pneumonia. The vast majority of people recover from the new virus.

Chen and U.S. women's silver medalist Mariah Bell said they were not surprised by the ISU's decision Wednesday, though they had remained in full training.

“We've seen in the news, it is everywhere how rapidly it's spreading,” Bell said. “Obviously, this was a huge decision and the correct one.”

Chen echoed his training partner's words, pointing out that while “all the athletes prepared long and hard for the competition ... how fast this virus has spread across the world, this definitely is the right move.

“As an athlete, we put a lot of time and effort into this, so it’s a little disappointing,” Chen said of the cancellation. “But there’s always worlds next year, and we will prepare for that.”