GLIMPSES: Nations at odds, but Olympians find time for a hug 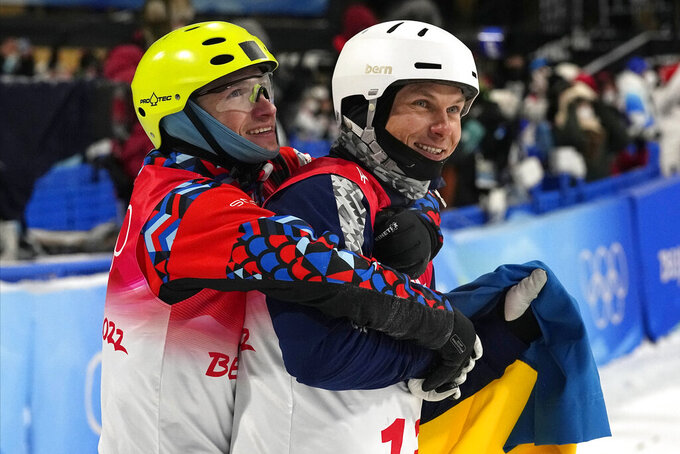 BEIJING (AP) — In idealistic terms, the Olympics are a time for nations to cast aside politics and conflict. This year's Beijing Games, against a backdrop of human rights concerns and the latest Russian doping scandal, have challenged those values.

And yet there are occasional hints that the Olympic spirit lives on.

Perhaps none of these has been more poignant than the embrace shared Wednesday night between Russian and Ukrainian athletes at the freestyle skiing mean's aerial final.

With Russia's troop buildup along its border with Ukraine fueling global fears of an imminent invasion, a celebratory moment between two friends takes on added symbolism.