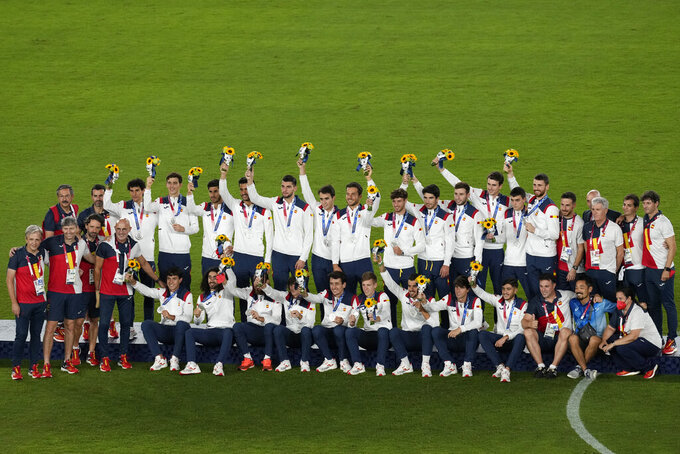 The club said tests showed a “complete tear” of ligaments. He injured his left ankle during Spain's first match at the Olympic Games but stayed with the squad, which won the silver medal after losing the final to Brazil.

Madrid makes its Spanish league debut on Saturday at Alavés.

Ceballos was out of action for several matches last season because of injuries.