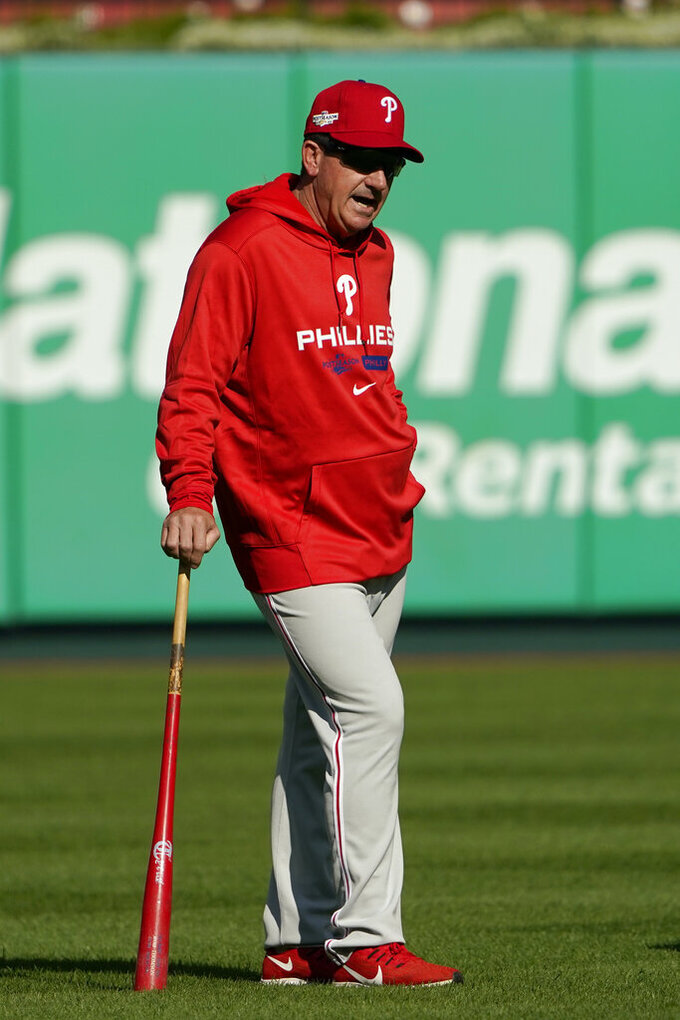 After guiding the Philadelphia Phillies to their first playoff series victory since 2010, manager Rob Thomson had the interim removed from his title Monday.

The Phillies announced they have signed Thomson to a two-year contract to remain as their manager through 2024, rewarding him for a turnaround that earned Philadelphia a wild-card berth.

The 59-year-old Thomson took over on June 3 when Joe Girardi was fired with the Phillies mired at 22-29.

Philadelphia went 65-46 the rest of the regular season, finishing third in the NL East behind Atlanta and the New York Mets but still good enough for the Phillies to land their first postseason berth since 2011.

In the wild-card round, Philadelphia swept the NL Central champion Cardinals in two games in St. Louis. The Phillies advanced to face the Braves in the Division Series, which begins Tuesday at Truist Park.

Thomson is the first Canadian-born manager to lead a team in the postseason.

“I could not be prouder of the group of players, coaches and staff that have made this all possible,” Thomson said in a statement. “This is a great group, one that has shown resiliency and overcome adversity all season to get us where we are today. I am honored and humbled to continue as manager of this club.”

Thomson had been the Phillies' bench coach since 2018 before he was promoted to interim manager.

He became only the fourth manager in major league history to take over a team at least seven games under .500 and lead it to the postseason. He joined Dick Howser (1981 with the Royals), Cito Gaston (1989 with the Blue Jays) and Jim Tracy (2009 with the Rockies).

“As time progressed, it became apparent that Rob was the right person to lead this team and our club’s on-field performance over the course of the season certainly reinforced that,” president of baseball operations David Dombrowski said. “His calm demeanor and ability to communicate with players and staff has greatly benefitted the Phillies and we are excited to formally name him our manager going forward.”