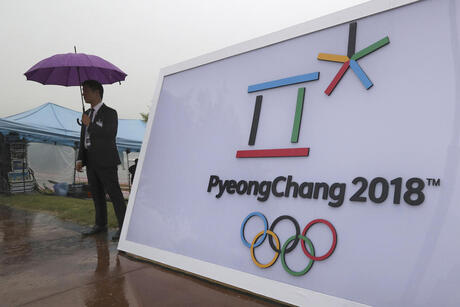 By: STEPHEN WADE (AP)
Copyright 2020 The Associated Press. All rights reserved. This material may not be published, broadcast, rewritten or redistributed.

It could be a record-setting Winter Olympics for Norway next year in Pyeongchang, South Korea.

Using a computer program, the U.S.-based sports and entertainment provider Gracenote predicts Norway will be at the top of the table with 40 medals — a Winter Olympic record for overall medals. It would surpass the 37 the United States won at the 2010 Vancouver Games.

"It seems a bit on the high side for Norway, I must admit," data analyst Simon Gleave said in an interview with The Associated Press. "But this is what we are showing now in world cups and world championships."

The great unknown in the equation is Russia.

The International Olympic Committee has yet to say if Russia will participate in Pyeongchang, in the wake of a report that said the country was behind an "institutional conspiracy" that corrupted drug testing at the 2012 and 2014 Olympics.

World Anti-Doping Agency investigator Richard McLaren has issued two reports that detail Russian state involvement in a huge program of cheating. That puts pressure on the IOC to act, though a blanket ban on Russian athletes seems unlikely.

"Two IOC commissions have been set up to coordinate our response to the McLaren report," the IOC said in a statement to the AP. "They will respect the due process including the right to be heard of the persons concerned."

Lee Hee-beom, the head of the Pyeongchang organizing committee, has said he expects Russia to compete in South Korea. But his spokesman acknowledged the decision rests with the IOC.

"As of now, we are preparing for the games on the premise that the Russians will be there," spokesman Sung Baik-you told the AP.

The IOC allowed selected Russian athletes to compete in Rio de Janeiro. The International Paralympic Committee, however, banned the entire delegation. The IPC said that bans remains in place "because the RPC (Russian Paralympic Committee) has not yet met the reinstatement criteria."

Gleave said he is running his data on the premise that Russia will be there. He has Russia finishing sixth in the overall total with 22 medals. It is also sixth in the gold-medal table with six — tied with South Korea and the Netherlands.

Russia led the medals table in 2014 in Sochi with 33 overall.

Gleave has constructed a complex program to track performances leading up to the Olympics. It gives more weight to larger events, and to the most recent. But the system isn't perfect.

He predicted the United States would lead both the overall and gold-medal table in Rio. But he didn't foresee the level of American dominance.

And he was correct with China and Britain next in the overall standings.

"The differences are tiny," Gleave said. "It would be a bit harsh if we had to get it all right. It's sport. Some sports are incredibly unpredictable. The difference between the athletes at the top of these sports is generally very tiny."

— A record 29 countries will win medals, three over the current Winter Olympic record of 26.

— The United States will win 10 gold medals, matching its best from the 2002 Salt Lake City Olympics.

— Canada will win 28 overall, two more than the record-26 it won in Vancouver.

— The Netherlands will win 19 overall, a drop from the 24 it won in Sochi.

Stephen Wade on Twitter: http://twitter.com/StephenWade .His work can be found at http://bigstory.ap.org/content/stephen-wade