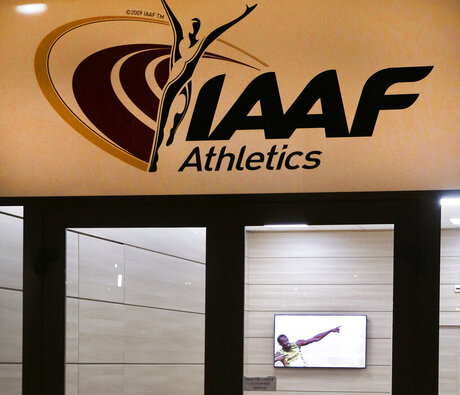 By: JOHN LEICESTER (AP)
PARISCopyright 2020 The Associated Press. All rights reserved. This material may not be published, broadcast, rewritten or redistributed.
48.85342.3488

PARIS (AP) — An alleged doping cover-up that enabled Russian medalists to compete at the 2012 London Olympics even had a codename: The "Total protection project."

The alleged scheme is detailed in an email seized by prosecutors in France. The email was dated July 30, 2014, and sent from an address used by Valentin Balakhnichev, then head of the Russian athletics federation. The Associated Press saw a copy of the email on Friday.

The email alleges that officials at the IAAF, track and field's governing body, strong-armed Russian authorities into a doping cover-up involving Olympic and world champions. It alleged the "total projection project" allowed "several" Russian athletes to race in London and win medals, even though they were suspected of blood doping and should not have competed. The scheme continued into 2013, the email alleged.

Then, it complained, IAAF officials went back on the deal by pursuing doping cases against six Russian athletes. The previous month, the IAAF's anti-doping department had informed Balakhnichev, in a separate email also seen by the AP, that it was pursuing suspected blood doping cases against five Russian race walkers and a runner.

The July 30 response from Balakhnichev's email address warned of dire consequences and "a huge black spot" for the IAAF if Russian athletes were pursued and threatened to go public about the alleged cover-up.

"We will not remain silent. It was not us who started this game. It was the IAAF project and the IAAF shall be the key victim of future scandal," said the email.

"We have enough evidence to prove criminal activities of the IAAF people," it added.

The IAAF president at the time was Lamine Diack, now under investigation in France on money laundering and corruption charges.

French authorities found the email in a search of the Paris region home of Habib Cisse, a lawyer who was a legal adviser to Diack. Cisse is also under investigation by French magistrates, facing a charge of receiving corrupt payments. Cisse denies wrongdoing.

In a statement posted Friday on his verified Facebook page, Balakhnichev said he did not write the email and that he believed "the correspondence was falsified." Balakhnichev has been banned from track and field for life for his role in the extortion of Russian marathon runner Liliya Shobukhova.

Le Monde reported that another letter said to have been written by Balakhnichev in June 2014 alleged that IAAF representatives had invented the "total protection" moniker for the cover-up scheme.

"We think the only way to avoid an enormous scandal about the covering up of numerous anti-doping violations, implicating numerous IAAF officials, is to continue to keep the situation 'under the table,' as has been the case all these years," Le Monde quoted the letter as saying.

The IAAF, now led by Sebastian Coe, said it could not comment in detail on the developments.

"It is clear we all need to get to the bottom of what has happened which is what the French criminal investigation is doing and we continue to assist them as required. We are taking bold steps to safeguard the sport in the future with the reforms we are introducing," an IAAF statement said.

Le Monde reported that another note seized by French investigators alleged that one of Diack's sons, former IAAF marketing consultant Papa Massata Diack, had asked for between 300,000 euros ($318,000) and 700,000 euros ($743,000) to cover up cases involving five Russian athletes, aside from Shobukhova.

Papa Massata Diack, who lives in Senegal, is wanted in France for questioning and is subject to an Interpol request for his arrest.