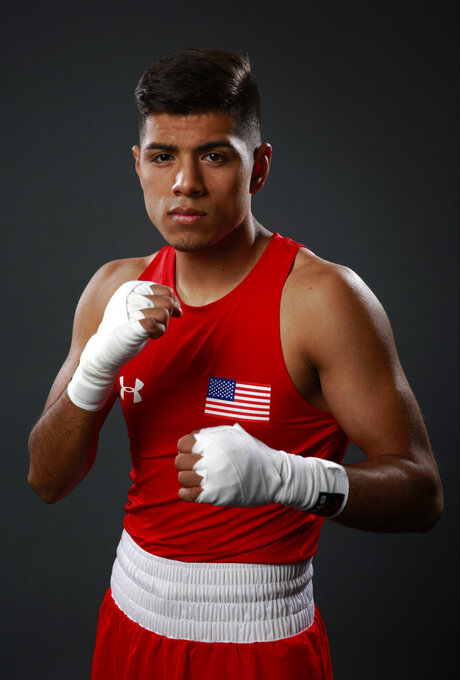 By: GREG BEACHAM (AP)
LOS ANGELESCopyright 2020 The Associated Press. All rights reserved. This material may not be published, broadcast, rewritten or redistributed.
34.0522-118.244

The brothers will make their pro debuts in late February in Los Angeles, with 20-year-old Carlos Balderas beginning his career as a 130-pound junior lightweight.

"I'm excited to get the first fight and get the ball rolling," Balderas said. "The sky is the limit. I know Mr. Schaefer has big plans for me, and I'm looking forward to making LA my hometown and making it big."

Balderas is from Santa Maria, California, where he became a prominent amateur fighter who won a spot at the Rio de Janeiro Olympics. Schaefer intends to showcase both Balderas brothers on a card in their hometown next summer.

Balderas reached the lightweight quarterfinals in Rio, winning two fights in impressive fashion. He fell one win short of a medal when he lost a competitive decision to Cuba's Lazaro Alvarez, a world champion and eventual bronze medalist.

"He clearly was the most sought-after Olympian," Schaefer said. "He has that 'It' factor, the factor that's not only going to make you a champion, but make you a superstar."

Schaefer was the longtime CEO of Golden Boy Promotions before a complicated professional breakup with Oscar De La Hoya two years ago. A legal settlement with Golden Boy kept Schaefer out of boxing promotion for an extended period, but the Swiss-born former banker returns to the sport Dec. 10 with a show at the University of Southern California's Galen Center headlined by Jesus Cuellar taking on Abner Mares in a featherweight title fight.

Balderas bears striking similarities to De La Hoya, from their Mexican-American heritage to their charisma. But Balderas said he chose Ringstar over Golden Boy and other suitors because of Schaefer's overall vision for his career and the family atmosphere around his new promotional venture.

Schaefer intends to make Balderas into a centerpiece of his new business over the next few years.

"We have no rush," Schaefer said. "We want (to make) the right, exciting fights, and build Carlos as the king of LA. We're going to work as a team and really build this right."