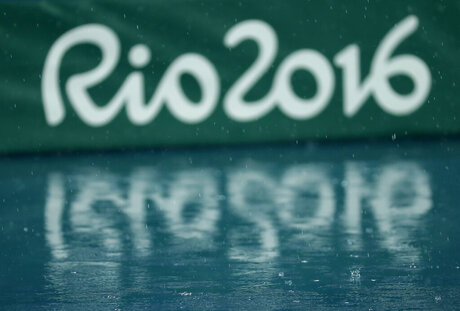 RIO DE JANEIRO (AP) — Nearly 2 ½ months after the Rio de Janeiro Olympics, hundreds of workers still haven't been paid and are planning to sue the local organizing committee to get their money.

Among those late getting paid are about 100 freelance contractors who worked as stadium announcers, show producers and DJs, and several hundred others who worked for the Olympic News Service, which produced written summaries about the sports and athletes at the Olympics and subsequent Paralympics.

"I'm working with a legal firm that is already representing someone involved with Rio 2016, so they have a pretty good handle what is going on," Rocky Bester, a South African freelance show producer, told The Associated Press in an interview.

Bester, a spokesman for the 100 contractors, said he's never experienced such problems at previous Olympics. This was his seventh, and he said all he's received from Rio organizers is silence and excuses.

"We've had robust conversations at other Olympics about payments, but it's always been an open conversation," Bester said. "What is happening here is that no one is talking back. We're sitting in the dark. We're mushrooms at the moment."

He termed it a "basic lack of respect."

Rio Olympic officials blamed the delays on late payments from their own sponsors, the Rio city hall and the International Olympic Committee.

"We are paying, but not all the money we need to have for payments has been received," Rio spokesman Mario Andrada told The Associated Press. "We are struggling a bit in making the ends meet."

Cash-flow problems, budget cuts and cost overruns dogged organizers throughout the run-up to the Olympics. As the games opened on Aug. 5, organizers needed millions in a bailout from the city and federal governments, breaking a promise to use only private money to fund the $2.8 billion operating budget.

The amounts owed the freelancers are relatively modest. Bester declined to offer figures but said he'd been paid about half of what he was owed, but said others have received nothing. He said many are living off credit cards, running up high-interest debt.

"The guys who are suffering are the youngsters," Bester said. "It's their first Olympic Games, it's a prestigious thing. The last thing that is going to enter their head is they are not going to get paid."

Bester said some contractors were asked to buy their own air tickets, and many have not been reimbursed.

Some of the payment delays were due to a monthlong strike at Brazilian banks, which ended Oct. 7, Andrada said. Reports that organizers were slow to pay bills created a "herd movement with creditors putting pressure on us," he added.

He said the organizing committee had downsized from 5,000 employees when the games opened to about 400. The entity will be dissolved next year with only lawyers remaining to settle any disputed claims.

Others have blamed some problems on outgoing Rio Mayor Eduardo Paes, who was credited by the IOC with driving the games. He seems to have moved on from Olympic problems.

Paes' office said he is headed to New York's Columbia University on a short-term teaching assignment when he leaves office at the end of the year. His hand-picked candidate to succeed him — Pedro Paulo — was badly beaten in an October election.

Paes committed a "reserve fund" of 150 million reals ($47 million) to help pay organizing committee debts. Now he appears to have backed off.

"We'll meet our obligations as long as we have the resources, and they are really needed. To do this, the organizing committee needs to show us their audited expenses," Paes told the Rio newspaper O Globo.

The newspaper Folha de S.Paulo has also reported that thousands of fans have yet to receive payments for ticket refunds. Some who have been reimbursed say the amounts don't match what they believe they are owed.

"Everybody will be paid," Andrada said. "The trouble is the delay. We will pay the money."