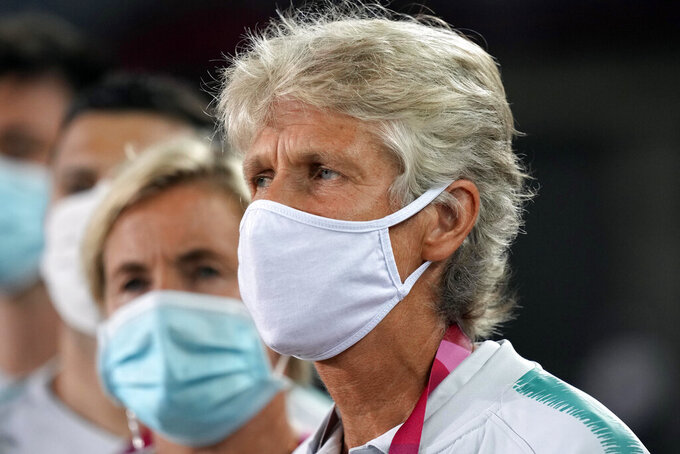 RIFU, Japan (AP) — Dominique Janssen's 79th-minute goal pulled the Netherlands into a 3-3 draw with Brazil on Saturday in women's soccer at the Tokyo Olympics.

Vivianne Miedema gave the Dutch the early lead in the third minute but Debinha countered with an equalizer in the 16th. The teams were knotted until the 59th, when Miedema scored another.

Marta converted a penalty kick to tie the score 2-2 in the 64th minute, before Ludmila's goal about four minutes later gave Brazil the temporary lead.

The Netherlands, ranked No. 4 in the world, routed Zambia 10-3 in their Olympic opener. Miedema scored four goals.

The Netherlands advanced to the World Cup final two years ago in France but lost to the United States. The Tokyo Games are the Netherlands’ first Olympics.

Brazil beat China 5-0 in its opener. Marta had a pair of goals, becoming the first player to score in five straight Olympics. Brazil is coached by former U.S. and Sweden coach Pia Sundhage, who won gold with the Americans at the 2012 London Games.