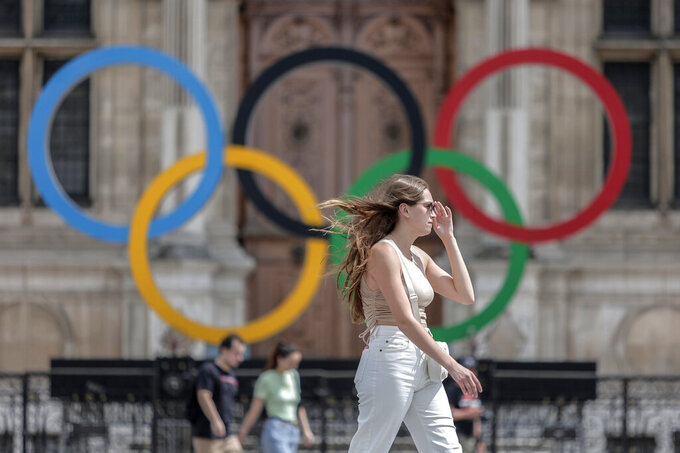 As artistic director, the 40-year-old Jolly will be tasked with bringing to life Paris' ambitious plan to hold the July 26, 2024, opening ceremony in the French capital's city center, along the Seine River, taking it out of the traditional Olympic Stadium setting for the first time.

Paris organizing committee head Tony Estanguet said Jolly “knows how to break norms and take them to the next level” and that he'll “be able to imagine unprecedented artistic concepts” for the shows.

Estanguet also said the Place de la Concorde, the large central Paris square where King Louis XVI and others were executed during the French Revolution, is being considered as a venue for the Paralympic opening ceremony, which Jolly will also direct.

The closing ceremonies will be held at the Stade de France, the stadium that hosted the World Cup soccer final in 1998.

Paris organizers hope to have 600,000 spectators — most of them watching for free — lining the banks of the Seine for the Olympic opening, as the 10,500 athletes are paraded on barges along the river.

“By opening the Games to as many people as possible, Paris 2024 displays values which I fully recognise,” Jolly said in a statement from organizers. “The theatre I advocate is also resolutely open because I am convinced that in our time, we need to project ourselves together towards common ideals.”