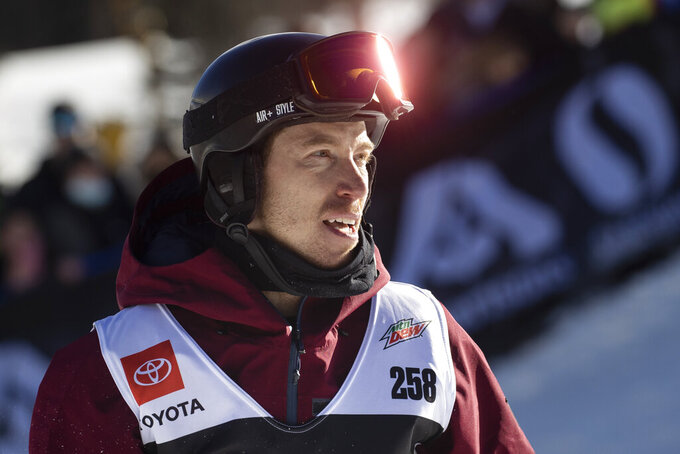 There are 114 men, 108 women and one athlete who identifies as nonbinary — figure skater Timothy LeDuc — on the roster. The 223 athletes make up the second-biggest contingent the U.S. has ever sent to the Games. The opening ceremony for the Beijing Olympics is Feb. 4, with some of the curling action beginning on Feb. 2.

Most athletes had already been nominated by their respective sports for the Olympic team. The U.S. Olympic and Paralympic Committee's announcement makes their spots official.

There are 131 U.S. athletes making their debuts. Among the 92 veterans, 39 have already won medals. That includes White, who could become only the second person to win individual gold medals at four separate Winter Olympics, joining speedskater Ireen Wust of the Netherlands.

Mikaela Shiffrin comes into Beijing with two gold medals. If she wins one more, she'll snap a tie with Ted Ligety and Andrea Mead-Lawrence for the most of all American Alpine skiers.