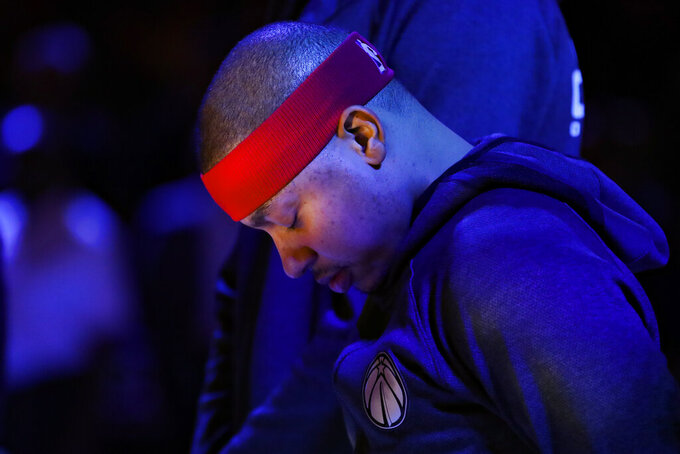 SAN JUAN, Puerto Rico (AP) — This team that USA Basketball assembled for its final two FIBA AmeriCup qualifying games knew it would be together for only about a week.

The players made the most of that time.

Ra’Shad James scored 21 points and the U.S. finished AmeriCup qualifying with a 6-0 record, beating Mexico 96-75 on Saturday. Brandon Bass scored 12 points for the Americans, who outscored the Mexicans 33-12 from 3-point range.

“Any player would want to be a part of a situation like this,” James said. “You had guys that bought into the system very quickly ... a selfless bunch of guys.”

Joe Johnson finished with 11 points, nine rebounds and seven assists for the U.S., William Davis added 10 points and Isaiah Thomas — looking for an NBA comeback — had nine points in 20 minutes.

AmeriCup is the championship for the nations in the FIBA Americas region; the U.S. has won it seven times in nine previous chances, and it came into its two games in San Juan knowing it already had a berth in the September 2022 tournament secured. It wound up beating the Bahamas and Mexico by a combined 37 points in those games anyway.

Edgar Garibay finished with 19 points and nine rebounds for Mexico.

It didn’t take long for the U.S. to make Saturday's game a runaway.

Mexico was within 14-10 after the first six minutes, and that was about the last time it had any realistic upset hope. The Americans went on a 13-0 run to push the lead to 17 late in the opening quarter, Dakota Mathias made a 3-pointer with 3:13 left in the half to make it 53-24 and the outcome was never in question again.

“We really represent something bigger than ourselves, and we did that," U.S. coach Joe Prunty said. “We talked about how we had a standard to uphold."

Prunty also raved about how selfless the Americans were, even citing Thomas for giving back some minutes Saturday so others could play more.

The U.S. improved to 11-1 against Mexico in senior level FIBA or FIBA Americas games.

It took exactly one year for the U.S. to get through AmeriCup qualifying; the Americans opened the process by winning 83-70 in San Juan over Puerto Rico on Feb. 20, 2020, and that would be the closest game they had in the six-game series.

The coronavirus pandemic forced the last two sets of two-game qualifying windows into bubbles, first at Indianapolis in November when the U.S. clinched its AmeriCup berth and now these games in San Juan. Mike Fratello coached the U.S. in the first two windows, Prunty took over for these games and the Americans put together three different rosters for the three sets of games.

AmeriCup qualifying was the first step in a long process toward making the fields for the 2023 Basketball World Cup and the 2024 Paris Olympics. Only the host nations — the Philippines, Japan and Indonesia for the next World Cup, and France for the 2024 Olympics — automatically qualify for those tournaments. All other nations must graduate through a series of other tournaments, such as the AmeriCup, to make those fields.