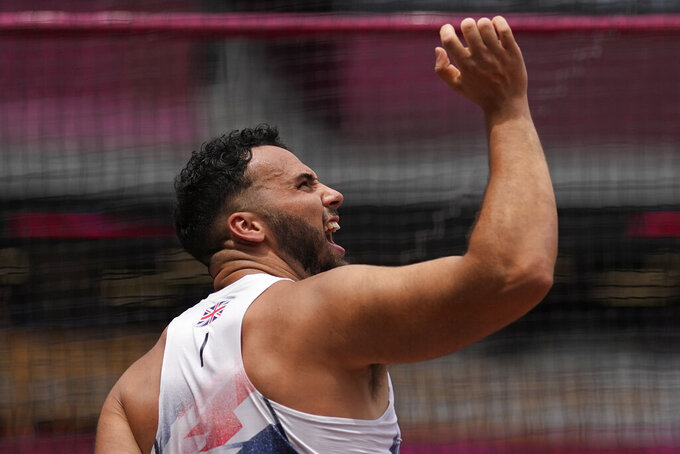 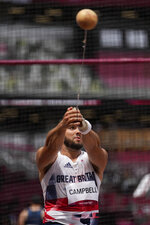 TOKYO (AP) — An Olympic athlete from Britain is selling a limited edition smartphone given to every competitor at the Tokyo Games to fund his training for the 2022 season.

The bidding on hammer thrower Taylor Campbell’s phone and ears buds had reached 3,500 pounds ($4,850) by Saturday in an auction set to run for six more days.

Campbell wrote on the sales page that he needed the money “to fund campaign for 2022 Commonwealth Games.”

Each of the 11,000 athletes at the Tokyo Games was given the phone and accessories by a sponsor.

Campbell competed in Tokyo on Monday. He threw the hammer 71.34 meters but did not qualify for the final.

“I returned to the UK determined that this is just the start of what I hope to be a long successful career in the sport,” the 25-year-old Englishman wrote on a GoFundMe page he created Saturday.

He set a target of 20,000 pounds ($27,750) toward his living, travel and equipment expenses ahead of next year's Commonwealth Games in Birmingham, England.