ATHLETES ON: Best things they've eaten in the Olympic bubble 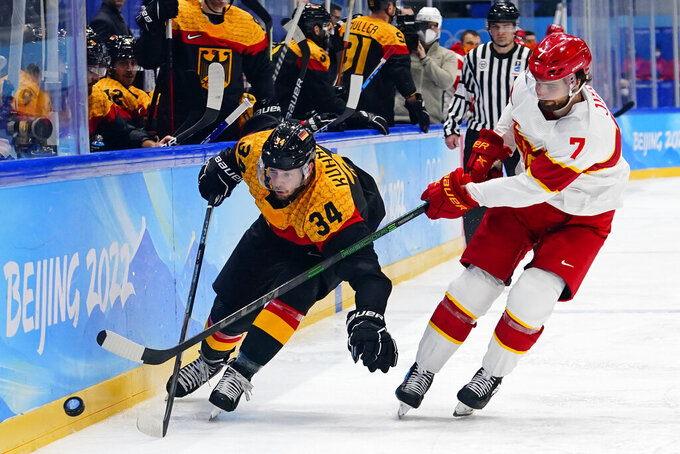 BEIJING (AP) — Avocado ice cream and Chinese hot pot are some of the best foods athletes say they've eaten at the Beijing Olympics. Some were also eyeing the KFC — but holding until after competition to indulge.

Despite the varied menu at the Olympic Village, the options for athletes are radically more limited this year because of COVID-19 restrictions. To prevent any potential spread of the virus, athletes and all other Olympic participants can only move between designated venues.

That means they can't venture out of the Olympic “bubble” to sample the local fare.

Here's what some athletes are eating.

A favorite cited by many athletes is the hot pot, a popular Chinese dish that lets people pick from a variety of raw ingredients like meat, seafood and vegetables to add to a boiling, seasoned pot of broth.

Spanish ice dancing pair Adrian Diaz and Olivia Smart say they've been eating it every day at the dining hall.

“I’ve never had hot pot before and it’s one the main dinner things here," Smart says. “That’s a new discovery for me.""

They have a strategy for deciding which of the many flavorings to pick: “You just take the sauce the person in front you has taken,” Smart says.

“I’m a huge dessert guy. I tried all the desserts,” he says. “All kinds of cakes, all kinds of cookies. They were pretty dynamite.”

German figure skater Nicole Schott says her go-to foods in the Olympic Village are the vanilla ice cream and the white rice.

“I like that it’s different from all of our European rice,” she says. “That’s actually what I eat every single day.”

It might sound plain, but she says she noticed others are enjoying it too. She also brought foods from home including dark bread, porridge and muesli.

Being gluten- and lactose-free has limited the options for Czech ice dancer Filip Taschler. At home, for example, he opts for almond or coconut milk. But he says there's only dairy and soy milk in the Olympic Village.

The experience has taught him that he should bring along more snacks along with him when traveling for competitions, he says.

Otherwise, he says the food has been good. He likes the dragon fruit and melon, which he says is sweeter than in the Czech Republic. And though he doesn’t eat dairy, he and partner Natalie Taschlerova have heard the ice cream is good.

“The Italians, they said that it’s pretty good," he says. “So it means a lot.”

“I like the consistency of knowing that I had my own food that I would have back home,” she says.

After competition, she says she’s excited to sample more foods in the Olympic Village. She liked the hot pot.

“I’ve never tried hot pot before, but everyone convinced me to,” Hawayek says.

Partner Jean-Luc Baker says he might get more adventurous with the many sauces. “Going into competition, you want to make sure that everything’s kind of running as smoothly and normal as possible,” he says.

“Competition is over for us," Versluis says. “It’s time for some KFC.”

When they arrived in Beijing, Versluis says they were given Pizza Hut while waiting for negative test results to clear them to move about. But he says they’ve been waiting to eat at the KFC, which he tried once long ago.

They say the Olympic Village has no McDonald’s, which has been a presence at past Games.

—ATHLETES ON: Killing time when not competing