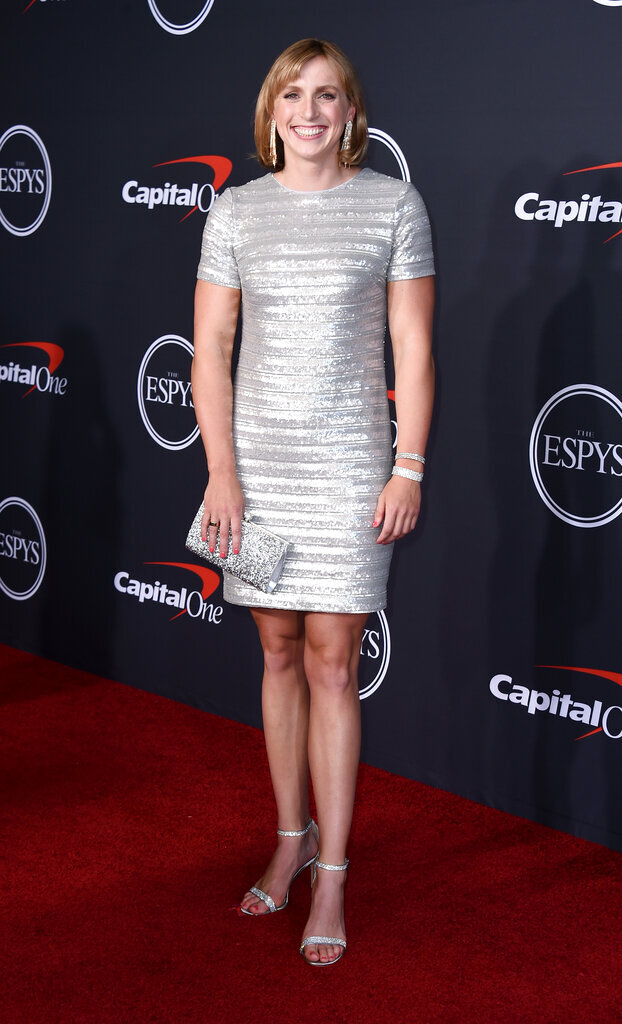 Swimmer Katie Ledecky arrives at the ESPY Awards on Wednesday, July 20, 2022, at the Dolby Theatre in Los Angeles. (Photo by Jordan Strauss/Invision/AP) 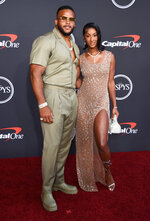 NBA Finals MVP Stephen Curry hosted the show honoring the year's top athletes and moments. He picked up a trophy, too, for best record-breaking performance, having set the mark for most 3-pointers made in league history.

“The reason I wanted to host is I thought I'd be able to present myself with the award,” Curry joked.

Ledecky earned two golds and two silvers at the Tokyo Games last year, giving her 10 career Olympic medals. She received her trophy from Maybelle Blair, the 95-year-old who played in the All-American Girls Professional Baseball League.

“I represent one of the few sports that is also a really important life skill, so I want to encourage all the parents here, anyone watching, to make sure your kids learn how to swim,” Ledecky said. “Our planet is 70% water, so it's very important.”

Former heavyweight champion Vitali Klitschko was honored with the Arthur Ashe Award for Courage, having impacted the world beyond sports. Klitschko, mayor of embattled Kyiv, Ukraine, since 2014, wasn't present. He appeared in a pre-taped video.

Billie Jean King led off a tribute to the 50th anniversary of Title IX, the federal legislation that prohibits sex-based discrimination in schools that receive government funding.

She was joined by Lisa Leslie, Brandi Chastain, Chloe Kim, Allyson Felix, Aly Raisman and Megan Rapinoe, among others. They spoke against a background of black-and-white photos showing women athletes in action, on the field or in the streets advocating for gender equality. Their comments were interspersed with country singer Mickey Guyton performing her songs “What Are You Gonna Tell Her?” and “Remember Her Name.”

The ESPYS were criticized by South Carolina women's basketball coach Dawn Staley for not inviting consensus player of the year Aliyah Boston to the show. Boston had hoped to attend and was disappointed not to be asked. She was issued a last-minute invitation but declined it.

ESPN said COVID-19 concerns and a smaller venue forced organizers to prioritize invitees to the show. Boston was nominated in a non-televised category that was handed out a night earlier. She lost to Oklahoma softball star Jocelyn Alo, who took part in the Title IX tribute.