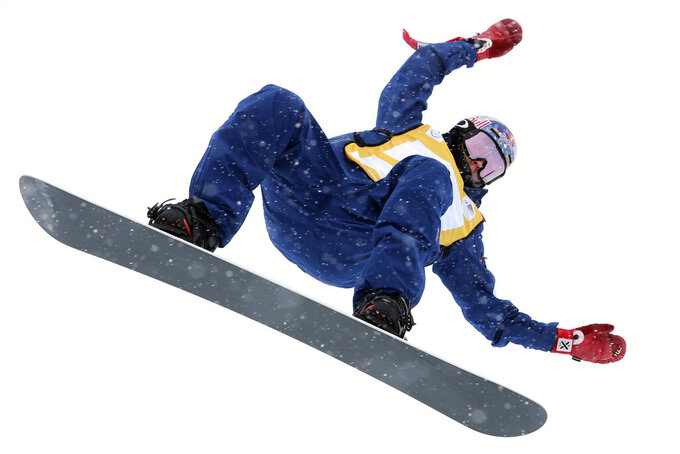 FILE - Gold medalist Australia's Scotty James jumps in the Men's Snowboard Halfpipe for the FIS Snowboard World Cup held in Chongli county near Zhangjiakou in northern China's Hebei province on Sunday, Dec. 22, 2019. Tucked away on a private halfpipe in Switzerland, Scotty James has been charting the future. He envisions the best tricks at this year’s biggest halfpipe contests as the kind that only he can perform. (AP Photo/Ng Han Guan, File)

SYDNEY (AP) — Australia will send 44 athletes to the Winter Olympics beginning Feb. 4 in Beijing — 23 women and 21 men in 10 disciplines.

With an average age of 25.43, the team features four teenagers, with snowboarder Valentino Guseli the youngest at 16.

Freestyle skiing, which incorporates moguls, aerials, free ski and ski cross, is the largest team with 13 athletes, followed by snowboard with 11.

Tahli Gill and Dean Hewitt will make history as Australia’s first Olympic curlers in the mixed event, while Bree Walker will contest the women’s monobob as it makes its Olympic debut.