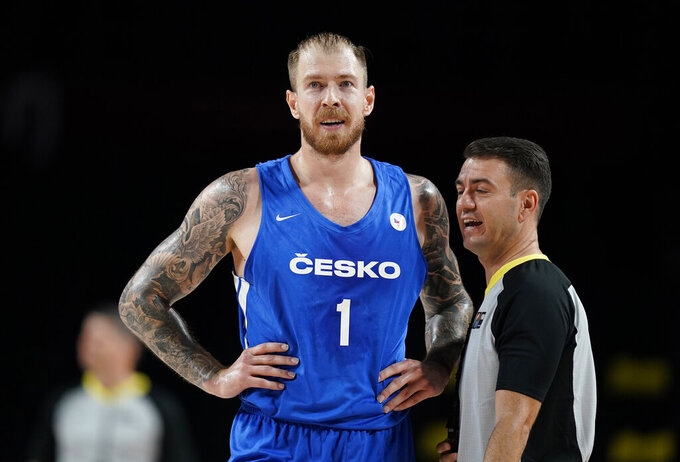 Czech Republic's Patrik Auda (1) reacts after been called for a foul during men's basketball game against Iran at the 2020 Summer Olympics, Sunday, July 25, 2021, in Saitama, Japan. (AP Photo/Charlie Neibergall) 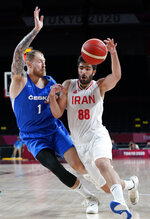 SAITAMA, Japan (AP) — Patrik Auda scored 16 points, Blake Schilb added 14 and the Czech Republic wasted most of a 22-point lead before holding on to defeat Iran 84-78 in the first game of the Olympic men’s basketball tournament on Sunday.

Behnam Yakhchali had a game-high 23 points for Iran (0-1), which trailed by 22 late in the third and by 21 in the fourth before putting together its comeback bid. Mohammad Jamshidi scored 16 and Hamed Haddadi had 15 points and 10 rebounds before fouling out late for Iran.

Jamshidi’s 3-pointer with 1:10 left got Iran within 80-76, but Schilb scored on each of the next two Czech possessions to help close out the win.

Iran opened the fourth quarter on a 15-2 run, getting within 69-61 on a three-point play from Yakhchali with 5:39 remaining. The Czechs missed nine of their first 10 shots from the field in the fourth, seeing their lead get trimmed to single digits for the first time since early in the second quarter.

Both teams return to play Wednesday, with Iran facing the U.S. and the Czech Republic playing France in Group A matchups.