Goggia recovery on track in race to recover for Olympics 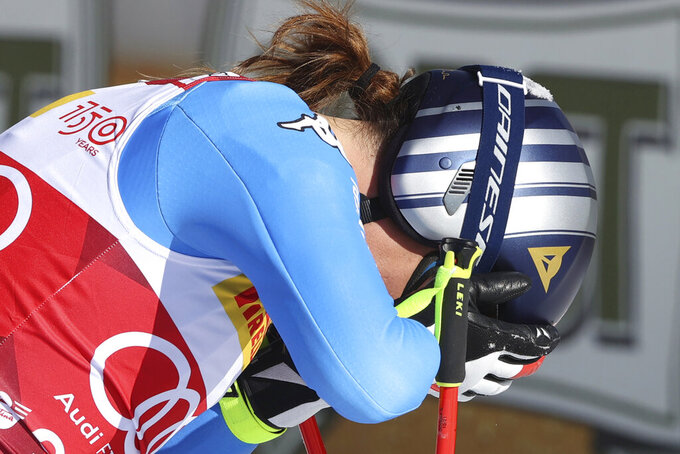 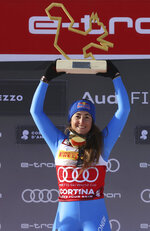 MILAN (AP) — With the Beijing Olympics looming, Sofia Goggia’s recovery is on track but the Italian will likely have to wait until the end of the week to know whether she’ll be able to defend her downhill title.

The Italian ski federation said that a check-up on Sunday showed signs of improvement to Goggia’s left knee, a week after Goggia crashed during a World Cup super-G in Cortina d’Ampezzo.

The federation added that Goggia can step up her work in the pool and gym, while continuing physical rehab as she battles to be fit in time for the downhill at the Beijing Olympics on Feb. 15.

“Things are progressing the way we hoped,” Goggia said. “All I can do is continue to work in this way and at the end of next week we’ll assess the situation again.”

The 29-year-old Goggia sprained her left knee, partially tore a cruciate ligament and has a “minor fracture” of the fibula bone in her leg, along with some tendon damage.

Goggia will likely miss the Olympic giant slalom on Feb. 7 and the super-G on Feb. 11. She’ll need to enter at least one downhill training session on Feb. 12, 13 or 14 to compete in the downhill — but preferably all three on a new course that she’s never been on before.

She also had to be replaced by snowboard cross gold medalist Michela Moioli as Italy’s flag bearer for the opening ceremony on Feb. 4.