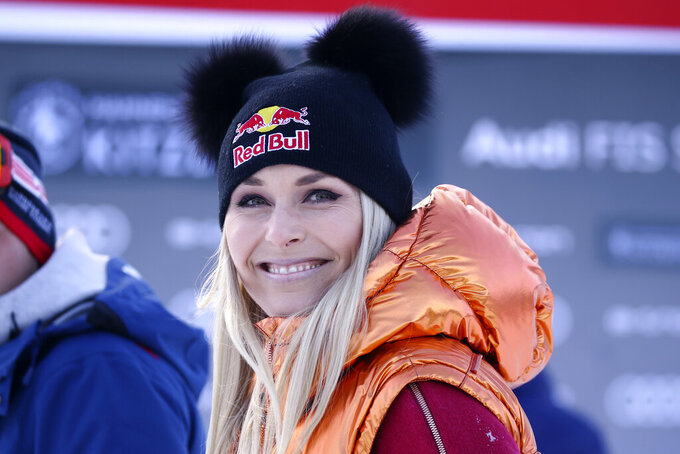 The winningest woman in World Cup history is scheduled to help out with the NBC Sports broadcast of the women’s downhill and super-G races in Crans Montana, Switzerland, this weekend. Vonn will make her on-air debut as an analyst alongside commentator Dan Hicks.

"It’s so special for me to be seeing ski racing through a different lens,” Vonn said in a statement Thursday. “I’m excited to be commentating for NBC Sports on Olympic Channel and use my expertise in the sport to add color to the stories of the incredible athletes, many of whom I competed against and know very well.”

Vonn retired from ski racing nearly two years ago after winning 82 World Cup events. That's the most by a female Alpine racer and second-most all-time behind Ingemar Stenmark of Sweden.

“As one of the greatest skiers of all time and a superstar who has transcended her sport, we’re thrilled to have Lindsey join our team for her on-air debut this weekend,” said Molly Solomon, the executive producer and president of NBC Olympics Production. “Known for her fearlessness, competitiveness and determination, we’re confident Lindsey will provide an unmatched perspective for our passionate ski racing audience.”