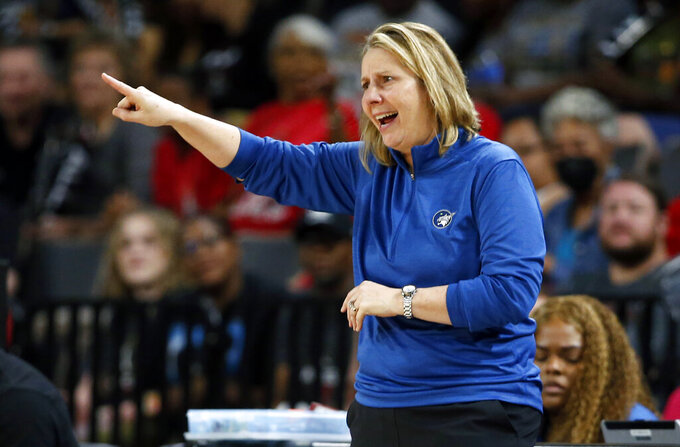 The length of the new deal was not disclosed.

"Cheryl’s impactful leadership on and off the court has guided the Lynx for more than a decade, and I’m thrilled that she is returning and additionally taking on new responsibilities,” Lynx owner Glen Taylor said in a statement. “Cheryl’s devotion to growing the game and our league is extraordinary, and we have some exciting seasons ahead of us.”

Reeve, who has served as general manager for the last five years, has logged 13 seasons as coach of the Lynx for the longest tenure in league history. She has three WNBA Coach of the Year awards, most recently in 2020. She was also the WNBA Basketball Executive of the Year in 2019.

With 281 regular season wins and 41 playoff game wins, Reeve has the all-time league lead in both categories. The Lynx have won four WNBA championships under her watch, the last in 2017.

Reeve is also currently serving as coach of the U.S. women's national team. The Americans won a gold medal earlier this fall in the basketball World Cup and secured a bid to the 2024 Paris Olympics.