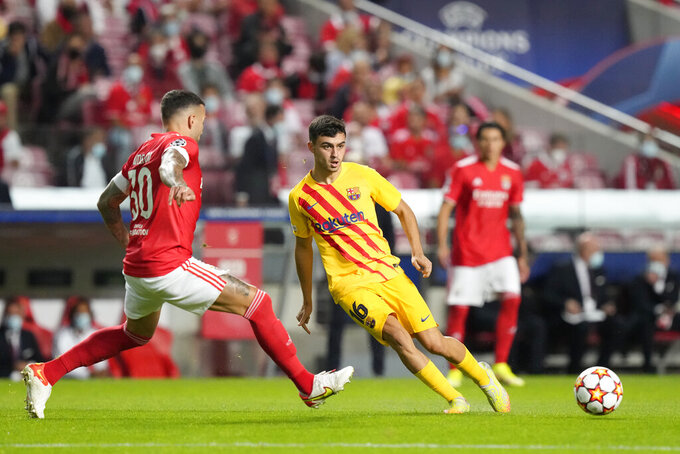 BARCELONA, Spain (AP) — Barcelona midfielder Pedri González has agreed to a new contract with the team through 2026, the club said Thursday.

Barcelona said Pedri’s new contract will include a release cause of 1 billion euros ($1.1 billion). His salary was not made public. The deal will become official when the player signs on Friday.

The 18-year-old Pedri is coming off a breakout season, his first with Barcelona after joining from Las Palmas. The playmaker led Barcelona with 53 appearances, helping it win the Copa del Rey.

Pedri also became a key player for Spain, helping the national team reach the semifinals of the European Championship and winning a silver medal at the Tokyo Olympics.

The new contract signals Barcelona’s desire to have Pedri help lead the team that is undergoing a painful transition since the departure of Lionel Messi and is facing enormous financial difficulties.