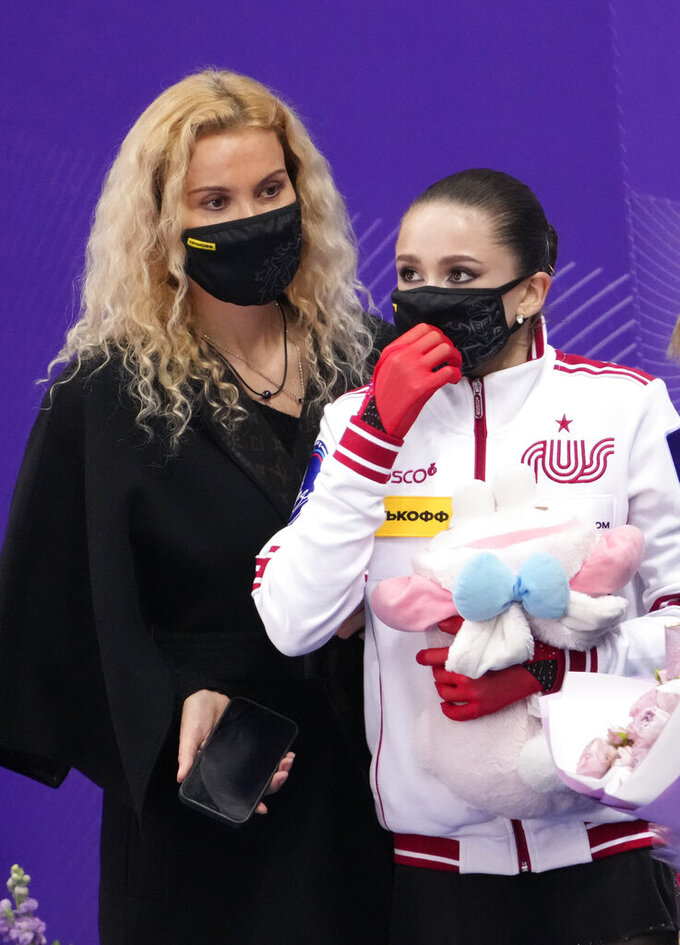 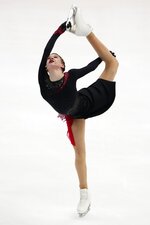 The attention of the figure skating world rests squarely on the Eastern Hemisphere this week.

The Russian national championships should reveal Olympic favorites for the women's competition, and two-time and reigning gold medalist Yuzuru Hanyu will make his season debut at Japanese nationals.

Athletes from Russia won only three of the 15 medals in figure skating at the 2018 Winter Games in Pyeongchang, including gold for Alina Zagitova and silver for Evgenia Medvedeva in the marquee women's competition.

With four of the top five skaters in the current world rankings, led by record-setting Kamila Valiyeva, there's a chance the Russian women could sweep the medals podium when the Beijing Games begin in less than six weeks.

“I mean, it's absolutely incredible what they're doing, especially their technical elements,” said Karen Chen, who will try to make her second Olympic team when the U.S. conducts its national championships in early January.

“There is no question how amazing it is to do that many quads and triple axels and things like that,” Chen said.

Valiyeva, who was just 11 years old during the Pyeongchang Games, will be the favorite when the Russian championships begin Thursday night and run through the weekend. She made her senior debut in October, winning Grand Prix assignments at Skate Canada and Rostelecom Cup, while also setting records for short program, free skate and total score.

Valiyeva's total score of 272.71 is more than 36 points ahead of the next-highest women's score this season.

And to think: She's not even the highest-ranked Russian skater.

That title belongs to Anna Shcherbakova who, like Valiyeva is coached by the renowned Eteri Tutberidze. The first woman to land a quad lutz in competition swept her own Grand Prix assignments in Italy and France.

Valiyeva and Shcherbakova will be pushed by Elizaveta Tuktamysheva, the world silver medalist; Alexandra Trusova, the world bronze medalist; Maya Khromykh, who medaled in both of her Grand Prix assignments; and Sofia Samodurova, the former European champion who finished third at the Budapest Trophy.

Missing from the field is Alena Kostornaya, who had dominated international competition the past couple of years, but was forced to withdraw from nationals with what Russian television reported was a broken hand.

“The Olympics, for most, are a once-in-a-lifetime dream come true,” said Johnny Weir, a three-time U.S. champion and now a figure skating analyst for NBC. “So as an athlete, you do everything you possibly can to make that dream a reality. The Russian women are so dominant and so strong, that it will be difficult for any non-Russian to land on the podium in Beijing.”

Meanwhile, the men will carry most of the attention when Japan's national championships take place this weekend.

The 27-year-old Hanyu has dealt with a series of injuries since his back-to-back wins at the Sochi and Pyeongchang Games, and he has yet to compete in an international event this season because of an ankle injury. But Hanyu said he intends to go for the three-peat in Beijing and that quest begins with a strong performance at Japanese nationals.

Hanyu’s biggest competition at nationals will be his 2018 Olympic teammate, Shoma Uno, and Yuma Kagiyama.

“Beijing is an extension of everything I’m doing and I know I just might have to go all in now,” Hanyu said after Thursday's practice in Saitama, where he indicated plans to try to land the first quad axel in competition during his free skate.

“I’ve been honing it for two years and there’s a part of me that says I should just let it go. But then I worked on it for like an hour and a half, pushing and pushing myself,” Hanyu said. “ I thought, ‘I’ve come so far.’ I’m the one doing the jumping, but this jump, I owe it to everyone. Many people have told me I’m the only one capable of doing it.”