US beats Nicaragua to open 2nd chance at Olympic baseball 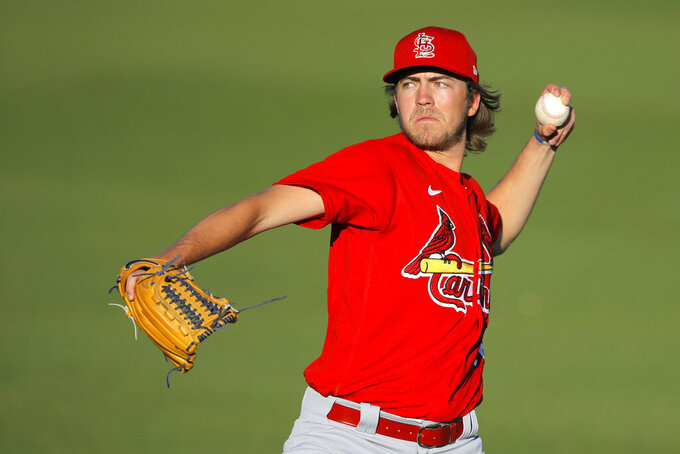 Liberatore, a 21-year-old left-hander taken by Tampa Bay with the 18th overall pick in the 2018 amateur draft who is 0-3 this year at Triple-A Memphis, allowed five hits with four strikeouts and a walk.

Brandon Dickson, who failed to hold a ninth-inning lead against Mexico when the U.S. was three outs from qualifying at the Premier12 tournament in November 2019, got six outs, and Anthony Gose and Marc Rzepczynski three apiece, combining for four innings of hitless relief.

Ben Alegria cut the gap to 2-1 with a run-scoring, bases-loaded groundout in the second that was turned into a double play when Juan Diego Montes, who started on second, began heading home and was caught in a rundown.

Mark Kolozsvary homered in the fourth and Filla added another run-scoring single in the sixth against Elvin Garcia that made it 4-1. Luke Williams hit an RBI single in the ninth and Jarren Duran followed with a two-run single off Osman Gutierrez.

In the other Group A game, the Dominican Republic, with Jose Bautista and Melky Cabrera in the starting lineup, won 5-2 over Puerto Rico. Luis Liberato hit a tiebreaking homer and Emilio Bonifacio had a go-ahead single in a two-run sixth inning.

The U.S. plays the Dominican Republic on Tuesday at West Palm Beach and closes the first round Wednesday against Puerto Rico.

The top two teams in each group advance to the super round on Friday and Saturday, and first-round results carry over. The top team from the super round joins Japan, Israel, Mexico and South Korea at the Olympic baseball tournament, to be played in Japan from July 28 to Aug. 7 in Fukushima and Yokohama.

Second- and third-place teams advance to a final qualifier in June in Mexico, which will include Australia, Netherlands and Taiwan.