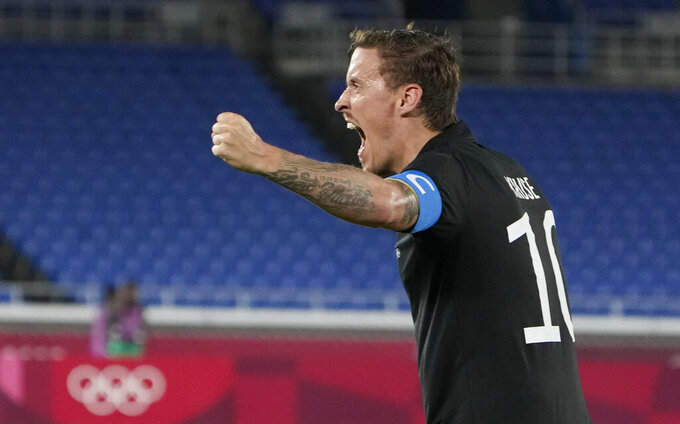 YOKOHAMA, Japan (AP) — Germany twice threw away the lead and had a player sent off before Felix Uduokhai gave the team a 3-2 victory over Saudi Arabia in men's Olympic soccer on Sunday.

Uduokhai headed in Max Kruse's corner in the 75th minute.

Nadiem Amiri gave Germany the lead but Sami Al-Najei equalized after goalkeeper Florian Müller could only parry a shot from Salem Al-Dawsari.

Ragnar Ache restored the lead in the 43rd but Al-Najei equalized again. A foul on Al-Najei saw Amos Pieper sent off in the 67th before Uduokhai gave Germany its first win in Japan.

Germany has three points in Group D, a point behind both Brazil and Ivory Coast. Saudi Arabia is last with zero points.