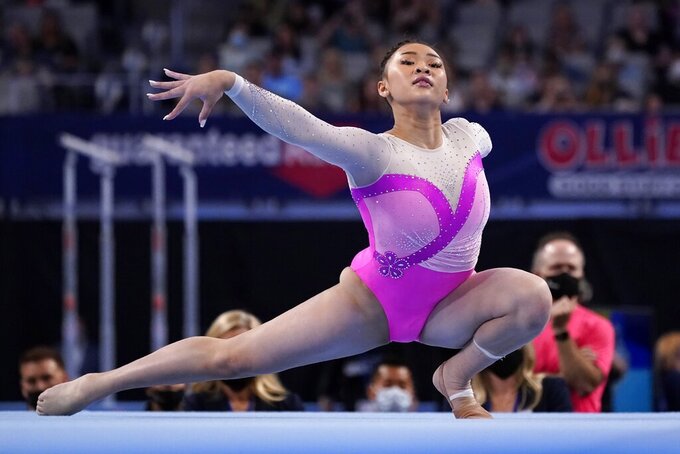 HIGHLIGHTS FROM RIO: American star Simone Biles turned the 2016 games into her own personal showcase, earning five medals (four gold, one bronze) and redefining what is possible along the way. The U.S. women won their second straight team gold and captured nine medals in all during their final competition under former national team coordinator Martha Karolyi. ... Japan's Kohei Uchimura edged Ukraine's Oleg Verniaiev to win back-to-back Olympic titles in the men's all-around. More importantly, Uchimura also guided the Japanese men to victory in the team final while longtime rival and defending Olympic champion China faded to third behind Russia.

WHAT’S NEW: The International Gymnastics Federation (FIG) cut the official team sizes from five athletes in Rio to four in Tokyo in an effort to level the playing field a bit for countries whose talent pool doesn't run as deep as superpowers like the U.S. and Russia. Countries could also earn a “plus-1” specialists spot by meeting certain qualifying standards, though the “plus-1” athlete will only be eligible for individual awards and will not be allowed to compete in the team competition. The FIG also allowed athletes to earn a nominative individual spot through the organization's World Cup circuit. American Jade Carey took advantage of the change to lock up her own spot in Tokyo before the U.S. Olympic Trials. The trade-off is Carey will not be allowed to compete with the other Americans and will have to wear a different leotard. Sound confusing? It is, which is why the FIG announced it will do away with the nominative individual qualifying standard and restore team sizes to five athletes in Paris 2024.

TOKYO EXPECTATIONS: Biles is attempting to become the first woman to win consecutive Olympic titles in more than 50 years. The 24-year-old has become a transcendent figure in the sports world since her star-making performance in Brazil. She's also better than ever, adding upgrades on floor exercise, beam and vault that will basically turn the sport's Code of Points into her own personal Wikipedia entry. The American women are heavily favored to earn a third straight team gold. Russia, China and host Japan have spent the last half-decade in a tight battle for supremacy on the men's side. The Russians edged the Chinese at the 2019 world championships.

ATHLETES TO WATCH: Biles isn't the only American who figures to come home with multiple medals. Sunisa Lee — the first Hmong-American to make an Olympic team — is a revelation on uneven bars. Jordan Chiles, who trains with Biles in Houston, is also a medal threat following a stunning rise over the last two years. ... Oksana Chusovitina of Uzbekistan will be appearing in her record eighth Olympics at age 46. ... Russia's Nikita Nagornny, the 2019 world champion, figures to be the favorite in the men's competition. ... Uchimura, a two-time Olympic champion and five-time world champion, came out of semi-retirement at age 32 to earn an individual spot and a chance to compete in front of the home fans. Uchimura is a massive star in Japan.