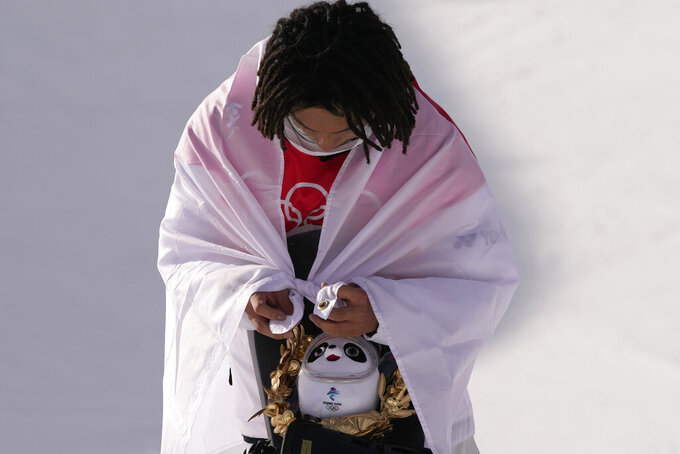 From the opening to the closing ceremony, flags are on display at the Olympics.

Athletes wrap themselves in their countries' flags after winning, or wave them in pride as they take victory laps around ice rinks. In the stands, fans hold up flags to show their support at competitions. Flags also are raised at medal ceremonies in a nod to those who make it to the podium.

At the Beijing Games, Xu Mengtao waved the Chinese flag above her head after winning gold in the ski aerials finals. Erin Jackson carried an American flag across the ice after capturing gold in speedskating's 500-meter race. And during the freestyle skiing big air finals, gold medalist Birk Ruud of Norway clutched his country’s flag.