Boxer Michael Conlan OK after being knocked out of ring 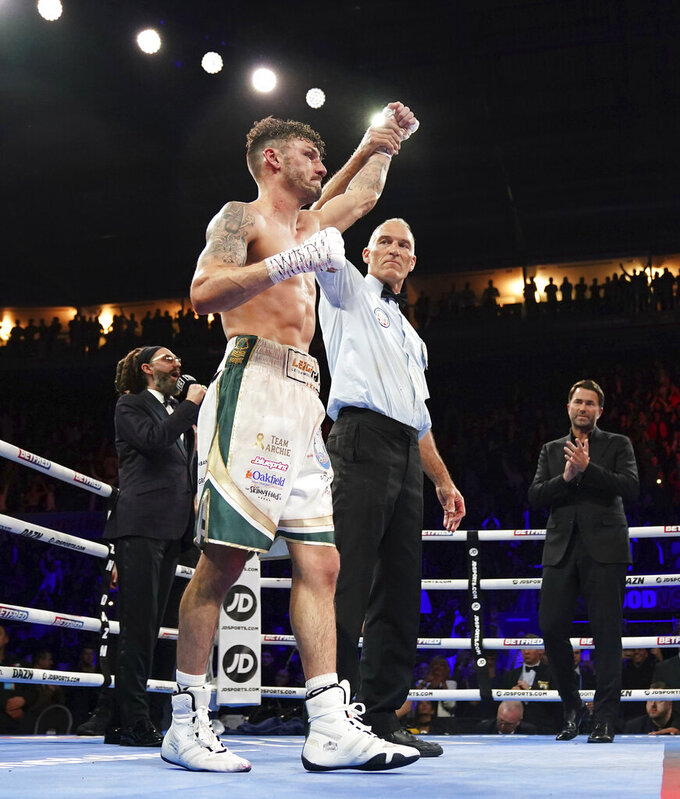 NOTTINGHAM, England (AP) — The Irish boxer who gestured at 2016 Rio Olympic judges with his middle fingers after losing a controversial decision was reported to be “conscious and stable” and recovering in a hospital after being knocked out of the ring in a WBA featherweight title fight on Saturday.

Michael Conlan was knocked out in the 12th round by English boxer Leigh Wood, who recovered from an early knockdown to retain his title after an often bruising fight at Nottingham’s Motorpoint Arena.

Topping the bill in his home city, Wood was put on his back by a looping overhand left towards the end of the first round and while he rose on wobbly legs, the 33-year-old Wood was outclassed over the first half of the fight.

In the final round, though, a bruising right hand seemed to buckle Conlan before Wood unloaded with a further flurry to back up his opponent, who tumbled between the ropes and out of the ring.

Conlan was taken by stretcher from the arena. Wood’s promoter Eddie Hearn said on Twitter: “Update on Michael Conlan..conscious and stable, sitting up and talking and await CT scans.”

Later Conlan tweeted that he was OK: “I'm all good folks, cheers for the messages. I'll be back, good shot and congrats to Leigh and his team."

At the 2016 Olympics, Conlan, who was the reigning world and European champion, lost on a controversial split decision in a bantamweight quarterfinal to Russian Vladimir Nikitin. That resulted in the Irishman going on an expletive-laden rant on live television after the loss, including raising the middle finger of each of his hands as he faced the judges.

Last October, an investigation showed boxing medal bouts at the 2016 Games were fixed by “complicit and compliant” referees and judges.

Investigator Richard McLaren was appointed by the International Boxing Association, known as AIBA, and found AIBA officials selected referees and judges to ensure that bouts could be manipulated in Olympic qualifying and at the Rio de Janeiro Games. He also found signs the 2012 Olympics in London were affected.

“Key personnel decided that the rules did not apply to them,” said McLaren, who added there was a “culture of fear, intimidation and obedience in the ranks of the referees and judges.”