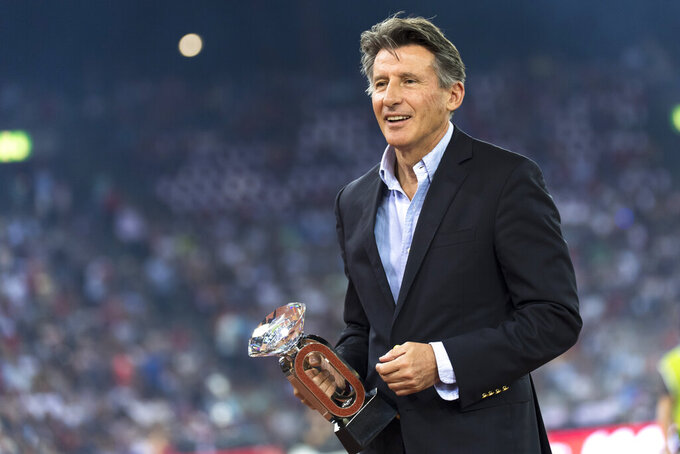 The season will start May 23 at Gateshead International Stadium after the event in the Moroccan capital was canceled because of coronavirus restrictions. It was among several scheduling changes announced.

Gateshead hasn't hosted a Diamond League meet since the series' inaugural season in 2010.

World Athletics president Sebastian Coe said it's an “incredibly important year” with track and field athletes preparing for the Tokyo Olympics as well as next year's world championships in Oregon.

“Competition and training are two very different things so the Wanda Diamond League and our other one-day meetings around the world will give athletes the opportunity to qualify for events, earn world ranking points and prize money and benchmark their performances against the competition they will face in Tokyo and then Oregon in 2022,” Coe said in a statement.

“We are all working hard, in extraordinarily difficult and fast changing circumstances, to deliver events for the athletes rather than canceling them.”

In other calendar changes for this season, Rome's meet will relocate to Florence. The Stadio Olimpico is already hosting games for this year's European Championship in soccer, so Stadio Luigi Ridolfi in Florence will fill in instead, with the date pushed back a week to June 10.

Oslo's meet was moved from June 10 to July 1 to align with Norway's plans to ease COVID-19 restrictions.

“The new date positions the Oslo meeting just three days before Stockholm’s BAUHAUS Galan on 4th July, allowing athletes competing in both meetings to minimize travel around the Scandinavian events,” the Diamond League said in its announcement.

Athletes can earn points in the first 13 meets to qualify for the final in Zurich on Sept. 8-9. The 2020 season was cut short by the pandemic.

“Unlike in 2020, this year’s Wanda Diamond League will be a full, structured series in which athletes compete for a place in the final and a shot at the Diamond Trophy,” it said.