Richarlison's goals give Brazil a 3-1 win over Saudi Arabia 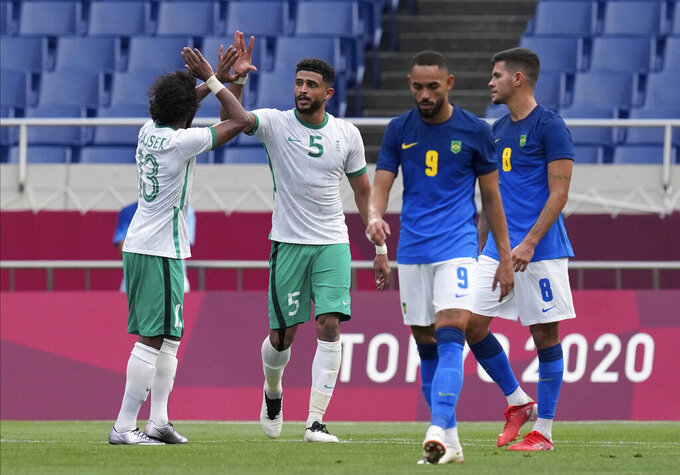 SAITAMA, Japan (AP) — Richarlison scored a pair of goals and Brazil advanced to the quarterfinals of the men's Olympic soccer tournament with a 3-1 victory over Saudi Arabia on Wednesday.

Brazil started the day at the top of the standings in Group D, which includes Germany and Ivory Coast, but needed a win or draw to advance.

Matheus Cunha gave Brazil the lead in the 14th minute, but Abdulelah Almari equalized in the 27th with a goal that was confirmed by video review.

Richarlison, who plays for Everton, scored a header in the 76th, and then added his second in stoppage time. He now has five goals at the Tokyo Games.

The Brazilians are playing without Neymar, who helped the team win gold five years ago at the 2016 Rio de Janeiro Games but was with the senior team that competed in the recent Copa America. Brazil's roster for the Tokyo Olympics includes Dani Alves as one of its older exceptions.

Saudi Arabia has been eliminated.