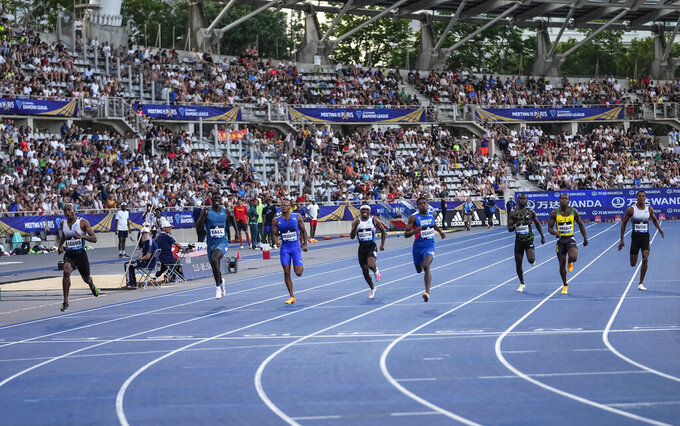 LAUSANNE, Switzerland (AP) — Track and field is leaving the multi-sport European Championships after the 2022 edition in Munich.

The European Athletics governing body said it would return to a stand-alone event in 2026 rather than be part of the collective championships, which were first held in 2018 and expanded to nine sports for the next edition in August.

Being independent would “help create a special athletics experience for the competitors, athletics fans, TV and other media and every other stakeholder,” European Athletics chief executive Christian Milz said.

Track follows swimming and other aquatics events in pulling out of the joint championships. Aquatics was part of the 2018 multi-sport program but then decided to hold its 2022 championships in Rome instead of Munich during the same dates, Aug. 11-21.

For those Munich championships, track and field will return to the Olympic Stadium that was the centerpiece of the 1972 Summer Games.

Losing two of the most popular Olympic sports will likely hamper the search for a 2026 host for the multi-sport championships. The event is also competing for attention with the European Games, which is also held every four years but in odd-numbered years and organized by the European Olympic Committees group. The 2019 edition of the European Games was in Minsk, Belarus and the 2023 edition is in Kraków, Poland.

European Athletics said two cities are competing to host the track Europeans in 2026: Birmingham, England and Budapest, Hungary. The host will be picked in November.