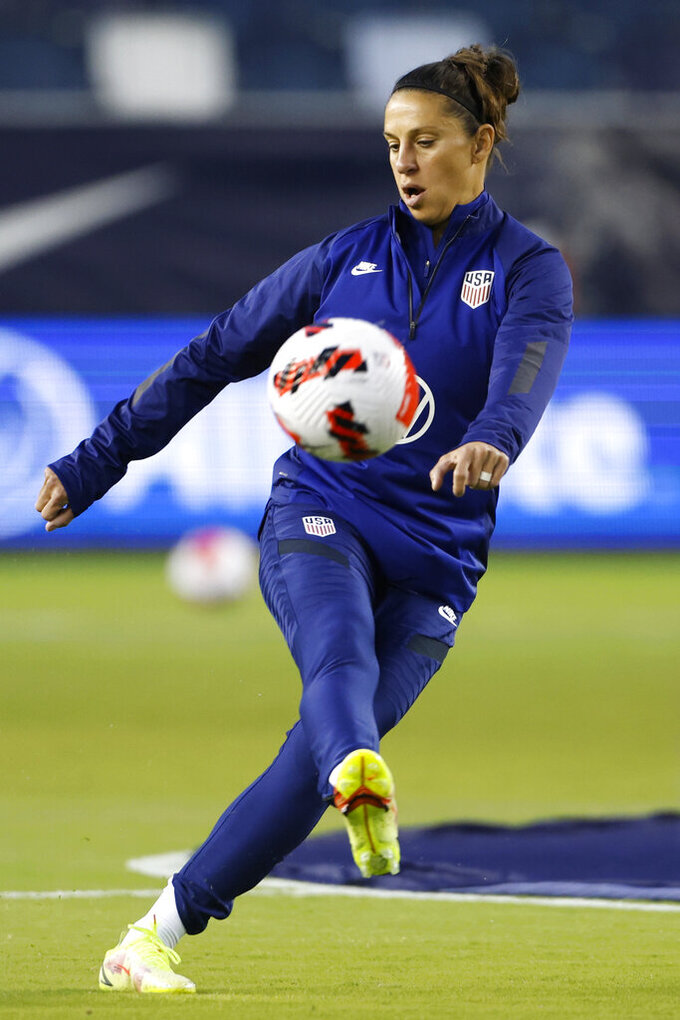 The Americans were one win away from matching the longest home streak in team history, set from April 1993 to February 1996.,

“Bottom line, this is what the evolution of the game brings,” U.S. coach Vlatko Andonovski said. "Teams we face are going to be organized, they’re going to defend, they’re going to bring numbers in front of the box, and it’s going to take the best out of us in order to break them down and win games."

The U.S. is still unbeaten in 61 matches at home, which includes 55 wins and six draws. It was the first time in 60 games on home soil that the team failed to score.

The draw was the first of two matches against South Korea. The teams meet again on Tuesday in St. Paul, Minnesota.

Goalkeeper Yoon Young-geul made eight saves, including a shot in the 76th minute from Carli Lloyd, who was making her 315th appearance with the team.

“I think that today she was their best player, and which is very good for her, not good for us, obviously, because she stopped some wonderful shots," U.S. coach Andonovski said about Yoon.

Before the game, U.S. Soccer honored Lindsey Horan for her 100th appearance with the team — which she played in Tokyo at the Olympics. Horan was also named captain for the match.

The United States was dealing with a number of injuries. Andi Sullivan didn't play because of a minor knee injury announced before the game. Julie Ertz, Alyssa Naeher and Sam Mewis were in camp but unavailable because of previous injuries. Crystal Dunn and Christen Press opted out of the matches.

The match at Children’s Mercy Park was a sellout with 18,467 in attendance.

The last time the United States failed to win at home was in October 2019, a 1-1 draw against South Korea.

Next week's match will be Lloyd's last with the team. She announced her retirement following the Tokyo Games, where the United States won the bronze medal.

Horan said she was touched in the pregame meeting when Lloyd presented her with the No. 10 jersey.

“I think it was probably one of the most special moments in my career,” Horan said. “I think Carli Lloyd is truly one of the most incredible women’s national team players that has come through the system. And over the past few years, she’s been such a role model for me and I’ve gotten closer and closer with her and gotten to learn so much from her.”

The U.S. was undefeated in all 13 previous matches against South Korea.