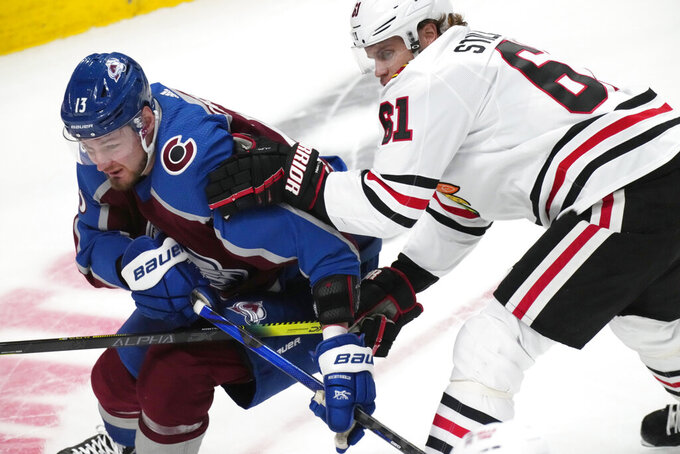 MOSCOW (AP) — Colorado Avalanche forward Valeri Nichushkin has been given until Nov. 16 to respond to an allegation of doping dating back to 2013, the Russian Hockey Federation said Monday.

RHF executive director Dmitry Kurbatov told Russian news agencies that the World Anti-Doping Agency had raised questions about a sample given by Nichushkin in 2013 and later obtained by WADA from the shuttered Moscow anti-doping laboratory in 2019.

“His sample from 2013 was being stored at the laboratory. During the process of reanalyzing results in January and February 2019 a banned substance was found and this case was initiated. There are no decisions yet and nothing has been cleared up," Kurbatov said in comments reported by the Tass state news agency.

A message sent to Nichuskin’s agent last week was not returned. Any doping suspension would be imposed by the International Ice Hockey Federation and would not affect his NHL participation.

WADA has previously accused Russia of operating a program of doping and cover-ups centered on the lab failing to report positive results for selected Russian athletes. In the fallout from years of doping disputes, Russians were known as Olympic Athletes from Russia at the 2018 Winter Olympics in Pyeongchang, when it won the men's hockey gold medal, and will be known as Russian Olympic Committee at next year's Winter Olympics in Beijing.