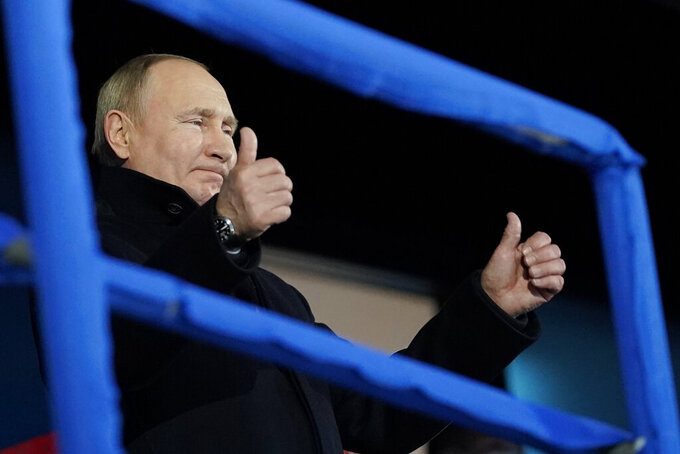 FILE - Russian President Vladimir Putin attends the opening ceremony of the 2022 Winter Olympics, Feb. 4, 2022, in Beijing. Putin and leaders before him have tried to cultivate an image of a prosperous country fortified by strong athletes who beat their international opponents in the games people play. (AP Photo/Sue Ogrocki, File)

The Russian president is a keen judoka and attended the sport at the 2012 London Olympics.

The IJF is rare among Olympic sports bodies for using the word “war” to describe Russia’s invasion of Ukraine ordered by Putin on Thursday. Others have used phrases such as “escalation of conflict.”

A Kremlin-supporting oligarch and longtime friend of Putin, Arkady Rotenberg, remains on the IJF executive committee as “development manager.”