Alexis Ohanian gets sports award, calls for reforms in NWSL 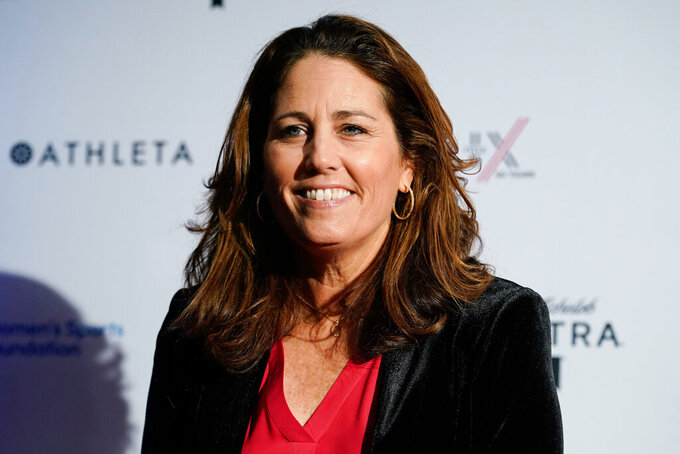 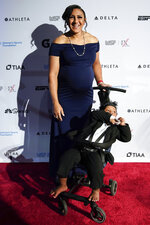 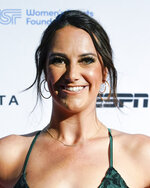 NEW YORK (AP) — Alexis Ohanian called out the need for a safe work environment in the National Women's Soccer League while receiving the Champions for Equality Award at the annual Salute to Women in Sports event on Wednesday night.

The former executive chairman of Reddit is a founding investor of the newest women’s professional soccer team, Angel City FC in Los Angeles. He was accompanied by his wife Serena Williams and daughter Olympia.

“As a club owner, as a husband and as a father, I have been disgusted by what’s been brought to light as part of this ongoing investigation," he said. “I'm hopeful it will lead to necessary reform.”

He praised the players in the NWSL who are demanding accountability and changes after last week's report from an independent investigation highlighted systemic sexual misconduct and emotional abuse. The investigation detailed administrative reporting failures in the sport, impacting several teams, coaches and executives in the league.

“It's to their strength, their bravery and their courage that we're going to get a better NWSL,” Ohanian said to cheers at the Women's Sports Foundation's event in Manhattan.

Five of the 10 head coaches in the NWSL either were fired or stepped down last season amid allegations of misconduct. Two owners have recently stepped away from their teams.

Ohanian said he watched the U.S. women win the 2019 World Cup and mused about how Olympia might someday play in a World Cup: “Serena said, without missing a beat, ‘Not until they pay her what she’s worth.'”

Foudy, a two-time U.S. World Cup champion, said rigorous guidelines are needed to combat sexual misconduct and it would “absolutely” help to have more female owners and female coaches in the NWSL.

“The change of mindset in Angel City and that ownership group ... is remarkable to see,” she said. “You don’t have to spend so much time expending energy about why you should support these women. They get it. The Angel City refrain I always get is: ’What’s possible?'”

Olympic gold medalists Sunisa Lee in gymnastics and Maggie Steffens in water polo were also honored as Sportswomen of the Year at the awards dinner, which commemorated the 50th anniversary of Title IX.

Bobsledder Elena Meyers Taylor, the most decorated Black athlete at the winter Olympics with five medals, was given the Wilma Rudolph Courage Award. She accepted the award with her young son, Nico, at her side. Meyers Taylor won her most recent medal despite having COVID-19 at the Beijing Olympics.

"I’m inspired by this remarkable group of honorees, who are breaking records, eliminating barriers and blazing a path for a brighter future in and out of sports for girls and women," said King, who in 1974 created the Women's Sports Foundation, which provides community sports programs and training grants.