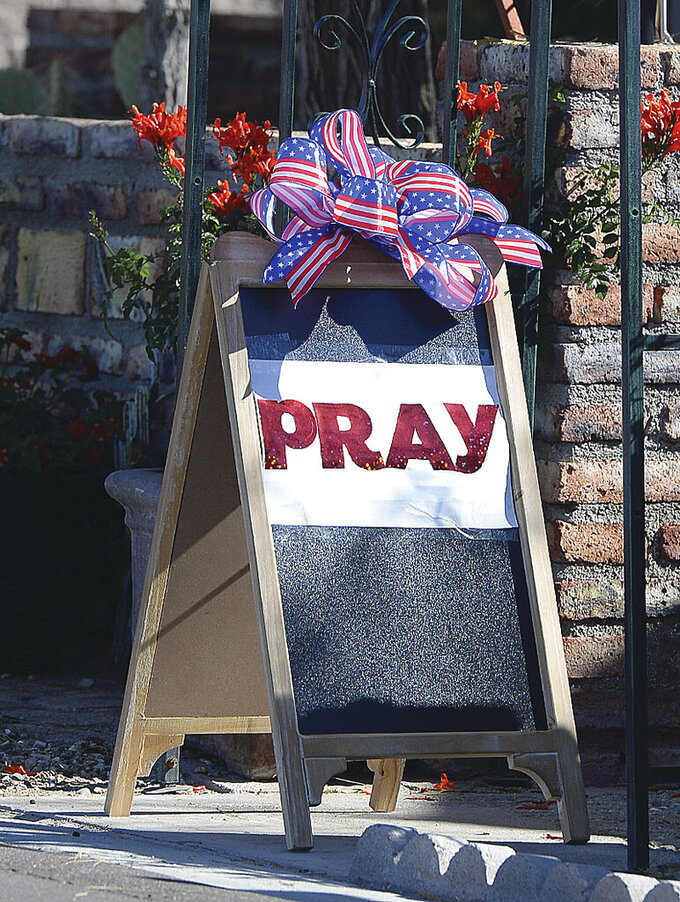 A sign is displayed in front of residences and at the front gate to Coyote Ranch, during the COVID-19 pandemic, in Yuma, Ariz., Sunday, March 29, 2020. (Randy Hoeft/The Yuma Sun via AP) 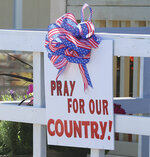 GLENDALE, Ariz (AP) — A tidal wave of unemployment claims triggered by mass coronavirus-related layoffs has inundated Arizona's unemployment insurance office, triggering telephone and internet filing glitches and processing delays that the agency promised to work through as quickly as possible.

Some callers have received repeated busy signals when calling or have been kicked off the state website while trying to apply for benefits because the massive traffic increase has overwhelmed the state's systems, Tasya Peterson, spokeswoman for the Arizona Department of Economic Security, said Wednesday.

The state had more than 28,000 claims in the week ending March 21 and nearly 89,000 last week, Peterson said. This week, officials project another 100,000 people will file unemployment claims.

The state normally has about 3,500 claims a week, and the previous weekly record was just above 11,000 during the fallout from the Great Recession in 2009.

Arizona is working to boost its unemployment claim filing system capacity and has increased the number of workers processing claims from 13 to 100.

It normally takes 14 days to process a laid off worker's claim, Peterson said. The state has sent checks to about 15,000 people who filed during the first week of the claim surge. Gov. Doug Ducey, a Republican, waived the normal one-week waiting period for benefits and job search requirements on March 20.

Arizona pays a maximum of $240 a week to people whose unemployment claims are approved. But the $2.2 trillion rescue package signed by President Donald Trump last Friday adds $600 weekly to that amount for four months.

Also now eligible for unemployment checks are contract workers, the self-employed and others whose claims are not normally accepted. Arizona officials plan to update their systems to pay those workers, but they are awaiting final guidance from the U.S. Department of Labor.

That extra $600 per week also must wait until the state gets final Labor Department guidelines. Peterson said it isn't clear when those new guidelines will be issued, but it is expected to be soon.

Those workers should still apply now for benefits, Peterson said. “When we do get the guidance, our goal is to get those monies out as quickly as we possibly can,” she said.

Arizona's Department of Health Services reported Thursday that it had tallied 1,598 virus cases and 32 deaths, an increase of 185 cases and three deaths from the previous day. A week ago, the state had 508 known cases with eight dead.

The Navajo Nation reported its eighth death from COVID-19 Thursday, with a current total of 241 positive cases.

Ducey defended his handling of the crisis in the face of criticism that he's moved slowly to close businesses, shutter schools and restrict public gatherings to limit person-to-person spread of the virus.

“I’m looking at the facts in Arizona. I'm not in competition with any other governor in the country,” Ducey said during a one-hour town hall broadcast on more than 60 television and radio stations statewide.

Ducey has faced mounting criticism for his broad list of “essential services” that can remain open despite his stay-at-home order that took effect Tuesday.

He said he's not recommending that people wear non-medical masks when out and about, as Los Angeles Mayor Eric Garcetti did this week.

“If there's federal guidance to wear masks, we’ll put that out there,” Ducey said. “Right now these masks should be reserved for the doctors and the nurses and the medical first responders on the front line.”

Jail operators and advocates for people detained in law enforcement custody are taking steps aimed at guarding against the risks of COVID-19.

Immigrant advocates have asked a judge to release eight people detained in immigration custody in Arizona who they say are vulnerable to complications from COVID-19. The lawsuit is one of several filed around the country seeking the release of people in Immigration and Customs Enforcement detention, which is civil, not criminal.

In Arizona, the Florence Immigrant and Refugee Rights Project filed a lawsuit Wednesday for the release of detainees who suffer from asthma, heart disease, HIV and chronic obstructive pulmonary disorder. ICE has discretion to release non-criminal immigrants but has not done so. The agency said this week that a 45-year-old Guatemalan national tested positive for COVID-19 at the agency’s La Palma Correctional Center, in Eloy.

The pandemic also has prompted Arizona State University to announce that its spring commencement in May would be conducted online, though graduates also can participate in person in the December 2020 or May 2021 ceremonies.