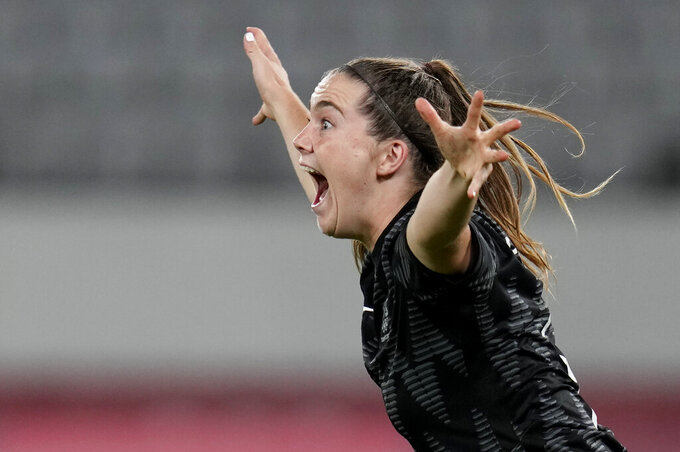 TOKYO (AP) — Sam Kerr and Tameka Yallop both scored and Australia opened the Olympic women's soccer tournament with a 2-1 victory over New Zealand on Wednesday.

Yallop scored in the 20th minute and Kerr added her goal in the 33rd to put the Matildas up before halftime. Australia, ranked No. 9 in the world, is playing in its fifth Olympics.

Australia has advanced to the Olympic quarterfinals twice, including at the 2016 Games. Fourteen players from that team are on the Tokyo squad.

This is New Zealand's fourth Olympics. The Ferns are led by Tom Sermanni, the former coach of Australia and the U.S. national team.

New Zealand's best Olympic showing was a quarterfinals appearance in 2012.

The group stage continues Saturday with New Zealand set to play the United States, while Australia meets Sweden in Saitama. Earlier Wednesday, the Swedes upset the Americans 3-0 at Tokyo Stadium.