Chen closing in on gold, US curlers begin title defense 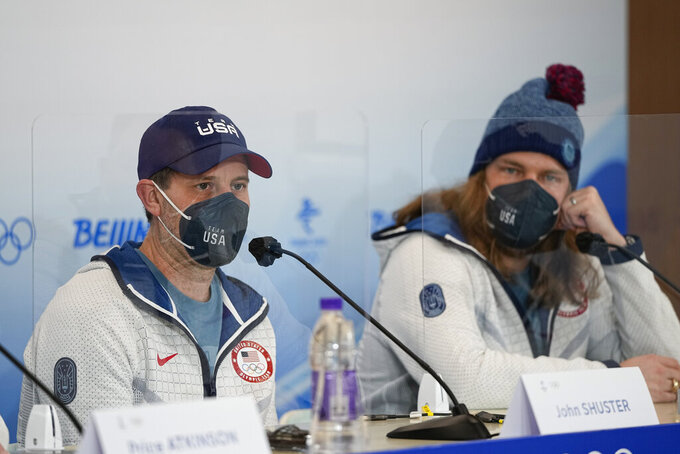 BEIJING (AP) — Nathan Chen has been building toward this for years. He's one good free skate away from Olympic gold.

After setting a world record with his short program, Chen goes for an Olympic title Wednesday night live in prime time. That could be a big day for the United States, with Chloe Kim also expected to contend for a snowboarding gold medal.

Not only did Chen perform superbly in the short program, his rival, Japan's Yuzuru Hanyu, was eighth. That made Chen's path to gold even clearer. Chen, a three-time world champion, finished fifth at the 2018 Olympics but now appears poised to take Hanyu's crown.

“You can never really count out any of these athletes. The competition’s not one program," Chen said. "Whatever happens in the short program is not indicative of what will happen in the free program.”

Both NBC and USA Network plan to air live coverage of the free skate in prime time. The first two groups are at 8:30 p.m. on USA Network, followed by Groups 3 and 4 on NBC.

The women's halfpipe is also set for live coverage on NBC in prime time. Kim is the defending champion and won the 2019 and 2021 world championships.

The U.S. has won four of the six Olympic golds in women's halfpipe.

John Shuster and the U.S. made a memorable run to curling gold four years ago. That certainly raised Shuster's profile. He carried the American flag for the opening ceremony along with speedskater Brittany Bowe.

Maybe it was inevitable, but there's already been some contentiousness over the short track speedskating results. South Korea filed complaints with the International Skating Union and the International Olympic Committee after two of its skaters were disqualified in the semifinals of the men’s 1,000 meters. South Korea’s chef de mission, Yoon Hong Geun, said fans in South Korea are so upset that they are urging the team to return home immediately.

USA Network is set to show the men's snowboardcross final live as part of its late time slot. ... One of the top contenders in Nordic combined, Norway's Jarl Magnus Riiber, tested positive for COVID-19 recently, shaking up the outlook in that sport. The normal hill competition is Wednesday. USA Network plans to show the ski jumping portion live early in the morning. Nordic combined will also appear later in the day on USA Network and in the afternoon on NBC. ... NBC will carry the downhill portion of the men's Alpine combined in prime time, and the slalom portion live during its late-night coverage. ... The men's hockey tournament begins, with the Russians trying to defend their title. They open against Switzerland, live at 3:50 a.m. on USA Network.