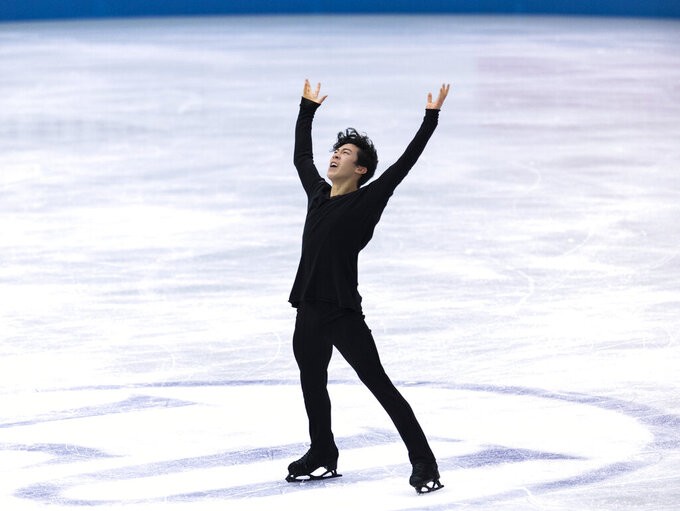 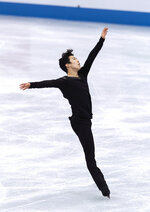 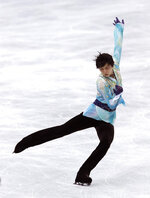 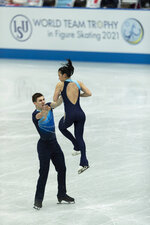 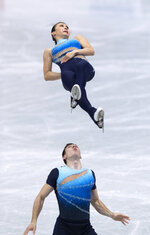 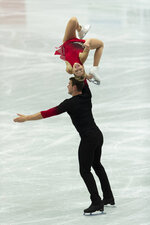 First after the short program, Chen opened with a quadruple flip and landed a quad salchow in the first half of his routine set to a selection of music by Philip Glass.

Hanyu, who was second after the short program, opened with a quad loop but could only manage a single salchow instead of a planned quad salchow on his second jump. He added two quad toeloops later in his program and finished with 193.76 points.

Chen has not lost a competition since the 2018 Olympics.

Chen said he appreciated the rare opportunity to compete in a team format.

“I don’t think I would have been able to perform as well as I have over the past few years had it not been for these guys pushing me forward so a lot of credit goes to them,” Chen said.

Russia led the competition after the second day with 91 points, eight ahead of the United States. Japan was third with 78 points.

Russia finished first in the free dance to claim the ice dance gold.

Victoria Sinitsina and Nikita Katsalapov, first after the rhythm dance, received 130.15 points in the free dance. Charlene Guignard and Marco Fabbri of Italy were second with 124.75 followed by Americans Kaitlin Hawayek and Jean-Luc Baker with 110.16.

Anastasia Mishina and Aleksandr Galliamov of Russia were first after the pairs short program with 73.77 points. Nicole Della Monica and Matteo Guarise of Italy were second with 66.09 points followed by Riku Miura and Ryuichi Kihara of Japan with 65.82.

Each country sends two men, two women, one pair and one ice-dancing entry. The points will be combined across the four disciplines with the highest point total winning.

The World Team Trophy was first held in 2009. Team USA has won four of the previous six competitions with the other two won by Japan. The U.S. is the defending champion.

A limited number of fans were allowed into Maruzen Intec Arena even though Osaka is experiencing a surge in COVID-19 cases.

With less than a year to go until the Beijing Olympics, many of the world’s top skaters are in Osaka, eager to get in another competition after several International Skating Union events were cancelled this season due to the pandemic.

The competition concludes Saturday with the women’s free skate and the pairs free skate.