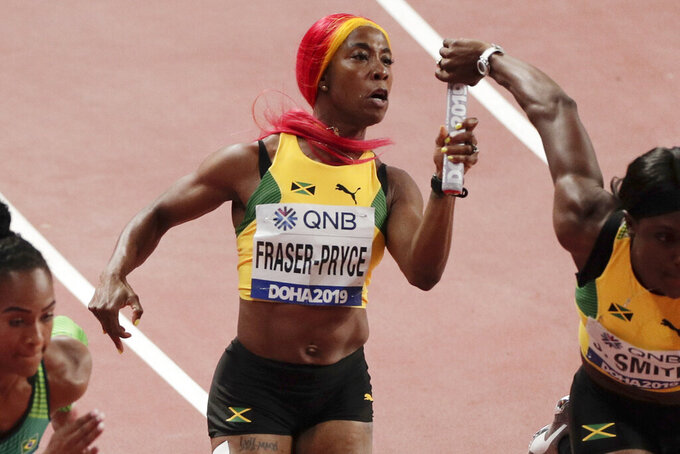 Fraser-Pryce won her only Olympic medal at 200 meters in 2012, when she finished behind American Allyson Felix. The 34-year-old Fraser-Pryce has two golds and a bronze at 100 meters.

Her time Sunday was 0.18 slower than what American champion Gabby Thomas ran a day previous at U.S. Olympic trials. Thomas figures to be Fraser-Pryce's top challenger in the 200, while Sha'Carri Richardson will be the top threat in the 100.

Rasheed Dwyer won the men's 200, while Yohan Blake added a second-place finish to his runner-up finish in the 100. Blake will be Jamaica's best-known name on the men's side in the first Olympics since Usain Bolt's retirement.