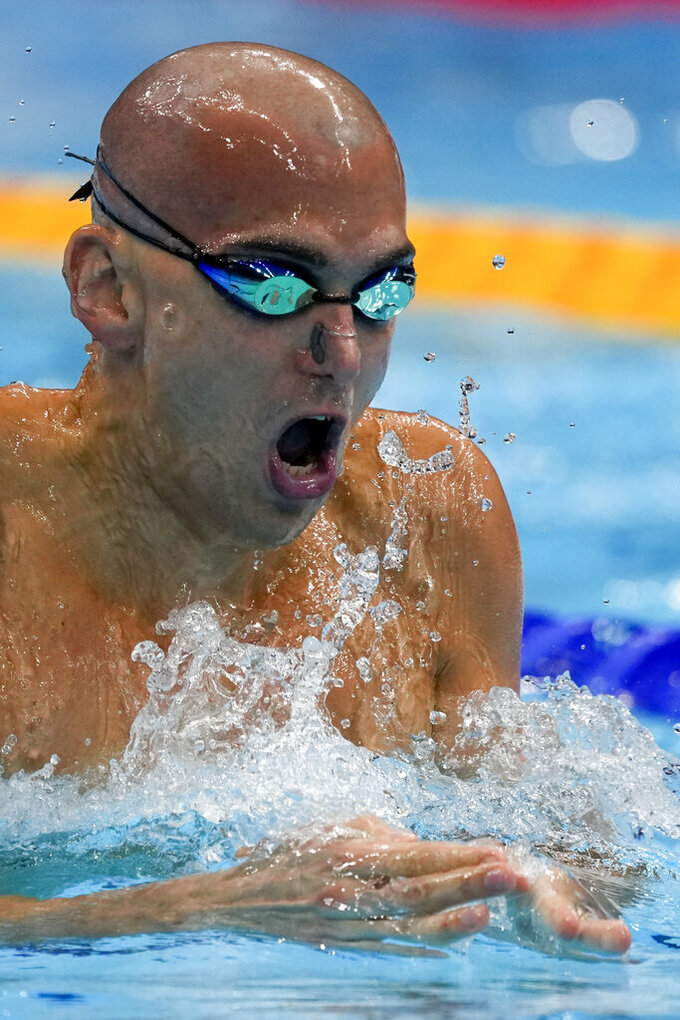 The 35-year-old Hungarian great retired Friday as one of the world's best swimmers to never win gold in five Olympics.

He came close, though.

The peak of Cseh's career coincided with Phelps' dominance. At the 2008 Beijing Games, Cseh lost three times to Phelps, who set world records in winning the 200 IM, 400 IM and 200 butterfly on his way to a historic eight golds.

“It was very fun to race against him and he inspired me to be better,” Cseh said.

Five years ago in Rio, Cseh was denied again. Fittingly, he tied Phelps and South Africa's Chad le Clos for silver in the 100 fly behind Joseph Schooling of Singapore. It was Phelps' final race, ending a career in which he won 28 medals, including 23 gold.

Lochte failed to make the U.S. team for Tokyo in what would have been the 36-year-old's fifth Olympics, leaving the Hungarian as the last man standing in their longtime rivalry.

Cseh swam for the last time in the 200 IM final, 17 years after his Olympic debut in Athens. Fans in Hungary watching at 4 a.m. local time saw him finish seventh in 1 minute, 57.68 seconds — 2.68 seconds behind winner Wang Shun of China.

Cseh had expected to end his career last year in Tokyo, but the coronavirus pandemic postponed the Olympics for a year. It was a difficult year in another way, too. His father, László Sr., died last August at age 68. The elder Cseh was a two-time Olympic swimmer.

The younger Cseh's wife, Diana, encouraged him to keep training.

“If I stay home and watch some TV, I would really think, ‘Oh, I could have done this,’ and maybe that would be an everlasting anxiousness for me or regret,” he said. “This was the best way to close down because now I’m calm in my mind.”

Cseh earned a spot in lane eight on the far outside of the pool after qualifying with the slowest time.

“I didn’t expect him to be here,” said American Michael Andrew, who was fifth. “It’s an honor to race with him.”

In the final, Cseh was second halfway through, buoyed by his strong butterfly leg, but dropped to seventh over the breaststroke and freestyle legs.

“I try to enjoy the races and not just wanting to be the best,” he said before the race. “Now is the perfect time to close my career, take a rest, and spend a lot of time with my wife.”

Cseh won numerous world and European championships, and he's at peace with the four silvers and two bronze medals he won at his first four Olympics.

“I know swimming and nothing else,” he said, “but now I realize there is another life.”