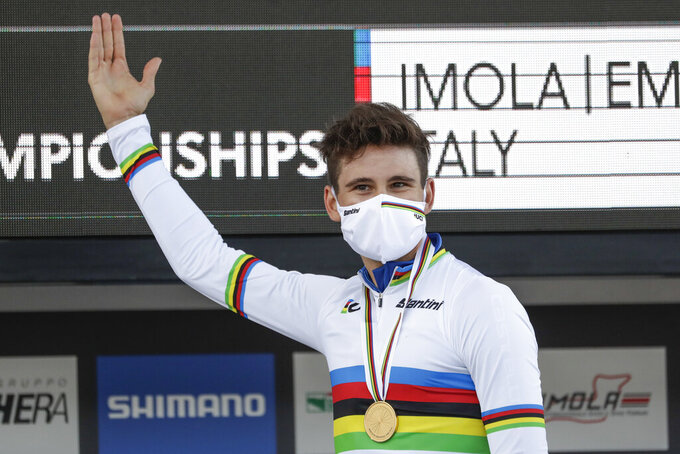 ROME (AP) — Italy’s Olympic team risks the humiliation of being placed on probation for the Tokyo Games if the country’s sports minister does not back down amid a two-year-long dispute that amounts to government interference, IOC president Thomas Bach said.

In an extraordinary step designed to put pressure on Vincenzo Spadafora, Italy’s sports minister, Bach also suggested that the alleged interference could — under extreme circumstances — result in the country being stripped of hosting rights for the 2026 Winter Olympics in Milan and Cortina d’Ampezzo.

Bach has taken issue with the Italian government’s creation of a new organization, Sport e Salute, that was created at the start of last year to run the country’s sports finances, which were previously controlled by an arm of the Italian Olympic Committee (CONI).

“We are very concerned about the situation of CONI and the functioning of CONI, and these concerns are growing, because the IOC executive board had to address these questions,” Bach said during a meeting with Italian media on Sunday at the cycling world championships in Imola.

A proposed new law would strengthen Spadafora’s power even further, according to CONI.

“At the beginning of the month we had to write a letter to the minister of sport expressing these serious concerns,” added Bach. “With this law CONI is not compliant with the Olympic Charter.”

CONI says that funding issues have negatively affected Italian athletes’ preparation for the Tokyo Games, which were postponed a year to 2021 due to the coronavirus pandemic.

Spadafora replied late Sunday that he found it hard to believe that Bach had actually read the proposed law.

“If that’s really not the case, point out with absolute clarity which points do not respect the Olympic Charter,” Spadafora said. “Otherwise, avoid dragging the IOC into a debate that is really not very edifying for such an important institution.

“And if for Bach the autonomy of the Olympic Committee in Belarus is not up for discussion then don’t even bother with Italy,” Spadafora added.

The IOC and other global bodies, such as soccer’s FIFA, typically threaten suspension when calling out government interference in the independent management of sports in order to put pressure on lawmakers to back down.

However, the IOC often cites its refusal to get involved in domestic politics when national sports bodies are run by government officials. Belarus president Alexander Lukashenko has long led the now-troubled country’s national Olympic committee.

“We are also very much concerned on what a non-functioning CONI and CONI not being in compliance with the Olympic charter means for the preparations for the Olympic Winter Games Milano-Cortina in ’26,” Bach said. “CONI is the signatory of the host city contract and needs to be in a position to work as a full functioning NOC and it’s just not possible that any national Olympic committee would have to buy services at a private company.”

Spadafora said that he wrote to the IOC recently explaining that the portions of the proposed new law that Bach had been concerned about had been resolved. As for the Milan-Cortina Games, he suggested that Bach should be more concerned over “a conflict of interest" since CONI president Giovanni Malagò is also the president of the games’ organizing committee.

If CONI is suspended, meetings and cooperation between the IOC and organizers of the Milan-Cortina Games could be stopped.

An IOC coordination commission is visiting Milan and Cortina this week and Bach said there are “serious concerns" over the sustainability of the sliding center and the speedskating oval.