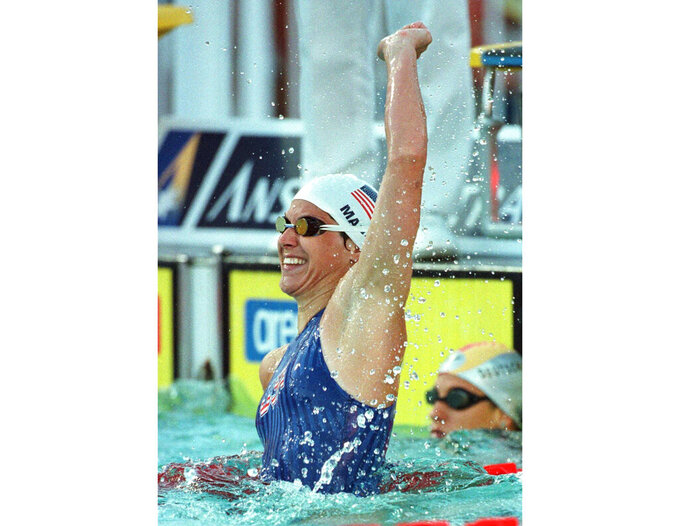 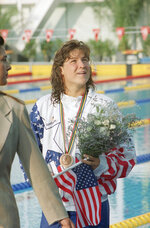 Maurer had served as interim head coach after Jeremy Kipp was placed on administrative leave by the university last fall amid allegations of abusive behavior toward athletes. He resigned in March.

Maurer becomes the first woman to coach a USC swimming team since Pokey Richardson led the USC women from 1977-79.

During her interim stint, Maurer guided the USC women to a 16th-place finish and the men to 26th place at the NCAA championships.

Maurer came to USC in July 2020 as associate head coach of the swimming program. She was women’s head swimming coach at her alma mater Stanford from 2006-12. She was an assistant coach at Northwestern in 1994-95. She spent 10 years coaching the boys and girls teams at Lake Forest High in Illinois, where future Olympic champion Matt Grevers was among her swimmers.

Competing under her maiden name of Loveless, she won a gold medal in the 4x100-meter medley relay and a bronze in the 100 backstroke at the 1992 Barcelona Olympics. Her husband, former Stanford swimmer Erik Maurer, previously coached with her.