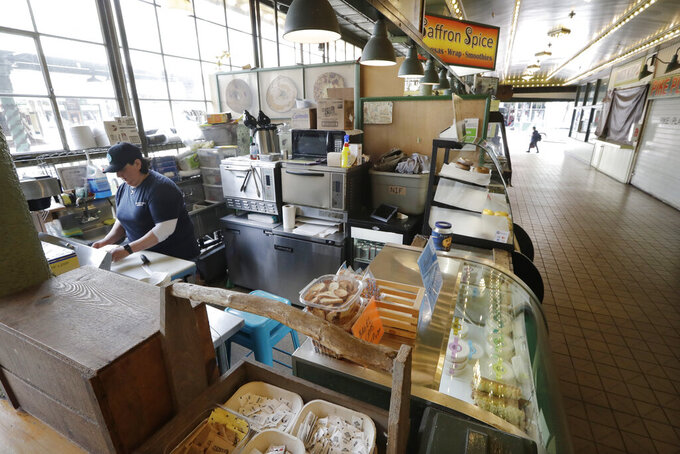 Numbers released Thursday by the state Employment Security Department showed that 181,975 new claims for unemployment benefits were filed with the state during the week of March 22-28, a 41% increase over the previous week's earlier record of 128,962 new claims.

ESD Commissioner Suzi LeVine noted that last week's number of claims is a 3,513% increase over the same week in 2019, calling it a “mind-boggling number.”

“Things are not slowing down,” LeVine said.

Washington Gov. Jay Inslee issued a stay-at-home order last week that was in effect through April 6, and ordered all non-essential businesses to close through at least April 8. On Thursday, Inslee extended his order to keep non-essential businesses closed and most of the state’s residents home through May 4, saying that social distancing measures must stay in place an additional month in order to minimize the spread of COVID-19. The orders expanded previous actions taken by Inslee that ordered the statewide closure of bars, dine-in restaurants and entertainment and recreation facilities, and banned large gatherings.

In Washington state, there have been 262 COVID-19 deaths and 6,585 confirmed cases. For most people, the coronavirus causes mild or moderate symptoms, such as fever and cough that clear up in two to three weeks. For some, especially older adults and people with existing health problems, it can cause more severe illness, including pneumonia, or death.

Officials say that Thursday’s numbers in Washington state are seven times the peak week seen by the state during the 2008 recession.

LeVine said that while the numbers show that people are abiding by the governor’s orders, they also speak “to the hurt and the pain that we’re feeling in our economy and the challenges we are facing as a state.”

She said that the $2.2 trillion federal rescue package that was signed into law last week “comes just in time.”

The package includes $350 billion in small business loans that can be forgiven if the companies use the money to retain or rehire workers. This provision could help limit future layoffs or lead some companies to recall employees back to work.

The economic rescue package also added $600 a week in jobless aid, on top of what recipients receive from their states and extends 13 additional weeks of benefits beyond the six months of jobless aid that most states offer.

LeVine said Thursday she knows people have had challenges with the state website, and said they’re rolling out a technology fix this weekend for people who have been locked out of their accounts and have expanded call center hours during the week and added Saturday hours.